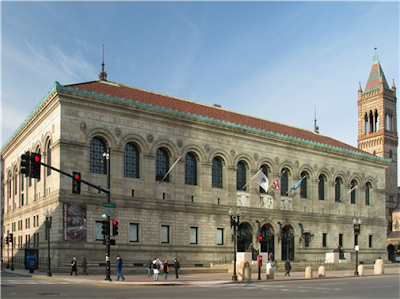 Link to March 14 Boston Globe article, "Supporters not ready to close the book on libraries".

Excerpt:  The Friends of the Boston Public Library staged a read-in yesterday at a branch in Roxbury and announced a plan to try to avert library closings by asking voters next year to approve a tax increase to fund the city’s libraries.

The organization’s president, David J. Vieira, told a crowd of about 50 supporters at the Egleston Square library that if city and state officials cannot fully fund Boston’s 26 neighborhood library branches by the end of April, he will launch a Proposition 2 1/2 override initiative with hopes of putting it on next year’s municipal ballot.

If passed by Boston voters, such an initiative would allow the city to override the state-imposed cap on property tax increases, which is currently set at 2.5 percent.