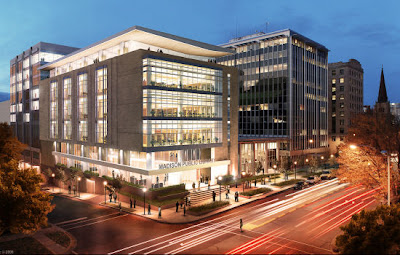 Take a last look
Link to March 20 Wisconsin State Journal article, "In the wake of collapsed talks, officials back plans for a library renovation".

Excerpt:     Since talks collapsed between the city and a developer over the pricetag of a new central library, Mayor Dave Cieslewicz is quickly moving to sell the public on a "state-of-the-art" renovation of the existing 45-year-old facility.