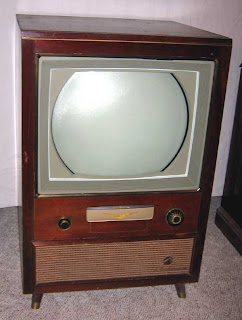 Link to March 15 New York Times article, "Talking Back to Your TV, Incessantly".

Excerpt:    Back in 1988, Joel Hodgson, a funny guy in Minneapolis, came up with a local television show called “Mystery Science Theater 3000.” In the goofy plot, a janitor was launched into space by a couple of evil scientists and marooned there, forced to watch an endless run of exceptionally bad B-movies.

Faced with a lonely eternity, the character, played by Mr. Hodgson, built robots to watch the movies with, and they begin cracking wise over the soundtrack.

They now have plenty of company. Today, the peanut gallery, digitally enabled by social media, is casting real-time shadows onto the screen of popular culture.

As my colleague Brian Stelter wrote in The New York Times recently, the Internet, which was thought to be a TV killer, is turning out to be its wingman, helping build huge, and in some cases record, audiences for large events like the Super Bowl, the Grammys and the Olympics. (How else to explain the baffling ardency for curling?) During the Oscars last week, there were as many as 70,000 posts an hour on Twitter, according to Trendr.
Posted by Retiring Guy at 4:20 PM