And it took place here, in 1952, on DeVolls Parkway in the Crawford Heights neighborhood on what was then the far southwest side of Madison, just south of the Beltline between present-day Seminole Highway and Verona Road. 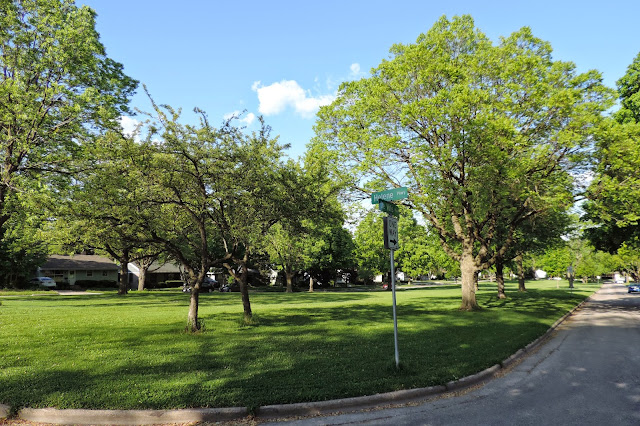 There probably wouldn't have been any trees in the frame 63 years ago.  As one of the original residents, Harold Colter, described it in a magazine interview:


This is a new development and we won't get much protection from the elements for a long time.  The wind will howl plenty in the winter, and the sun will probably give us a beating in the summer time. 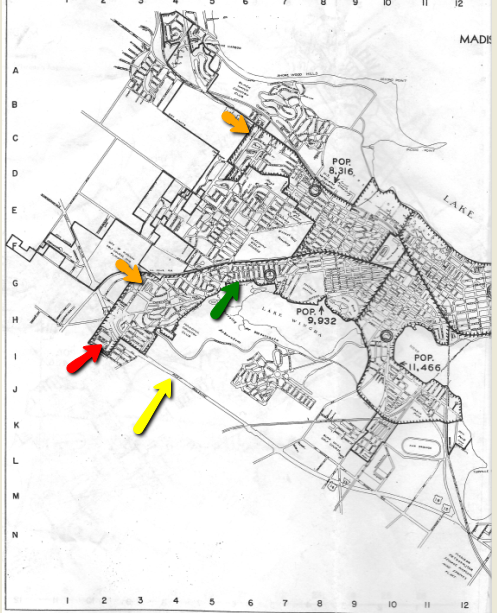 Mr. Cotter and his family moved into this home at 4322 DeVolls Parkway. 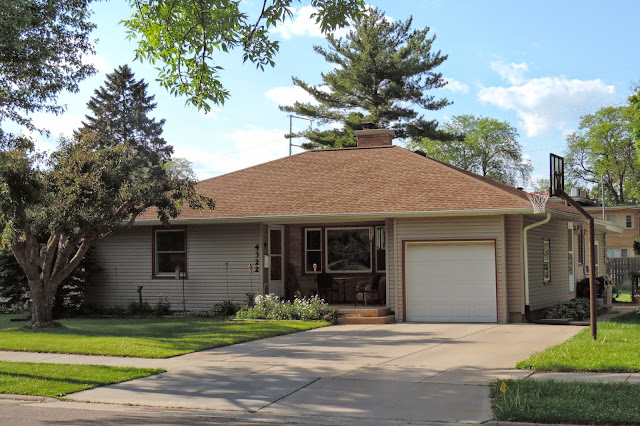 As described in the 1997 Capital Times article:

The view from across the parkway.  Looks like a great location for throwing a frisbee or playing bocce ball. 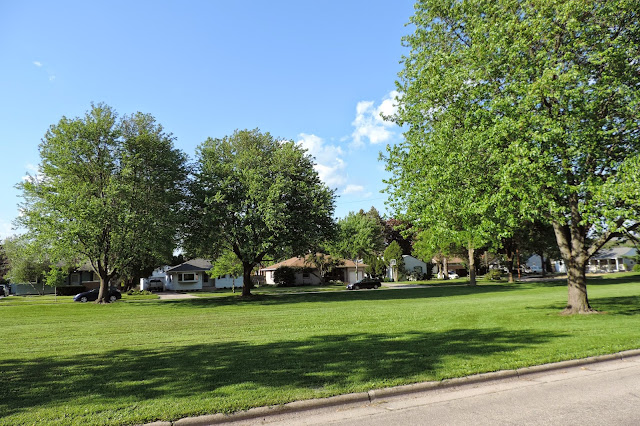 Of course, being simpler times, those first Parade homes were nowhere near the high-tech, luxury-appointed castles that dominate today's Parade.  (Capital Times)


And still dominate today, to be sure.

The Community of Bishops Bay, Middleton.  (Augusta Drive and Back Nine Drive) 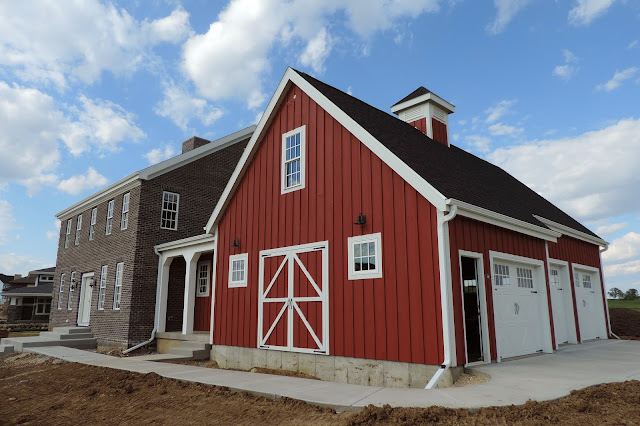 The sun beats down on a treeless expanse of Back Nine Drive. 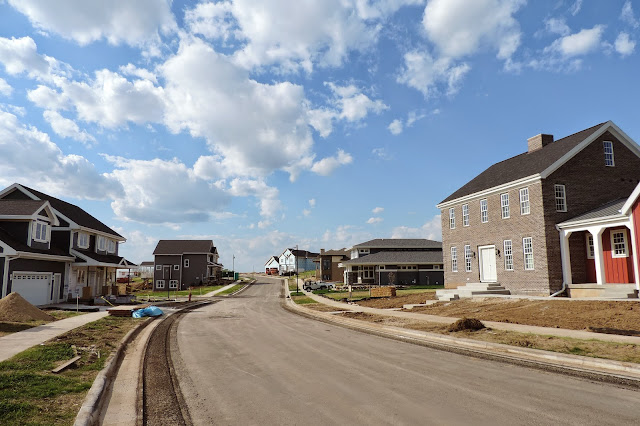