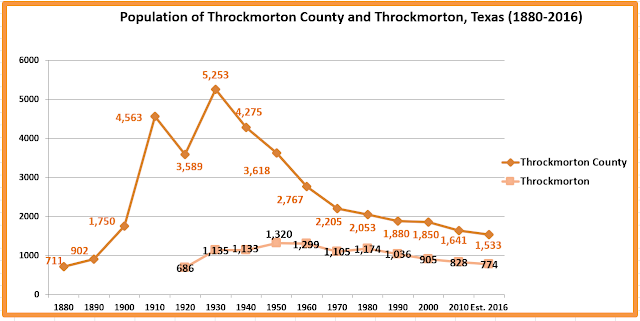 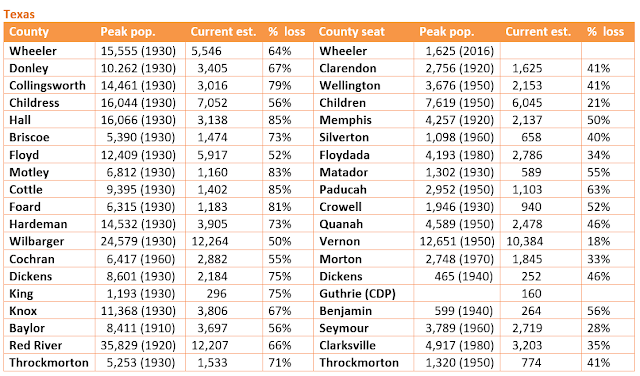 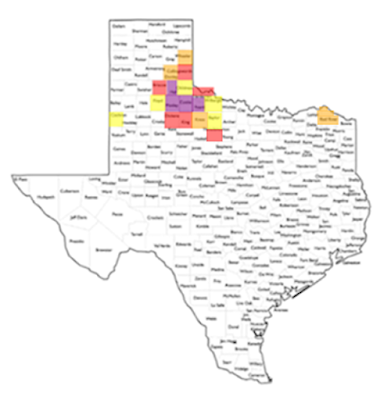 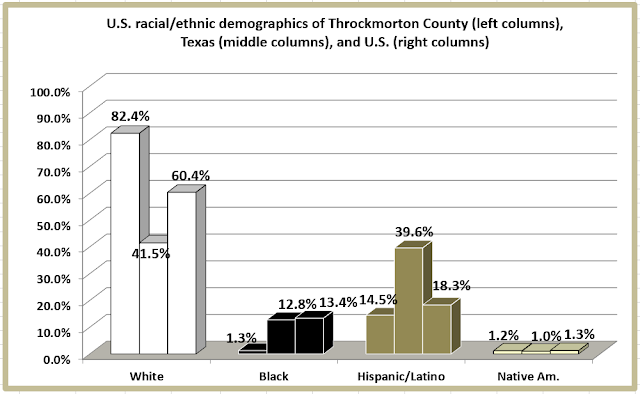 The last time Throckmorton County voted for a Democratic candidate for president was 1992.  Trump received 88.5% of the vote in 2016, highest ever for a GOP presidential candidate. 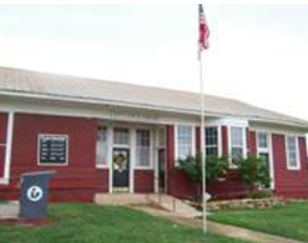 
Isolated in the rugged ranch country of northwest Texas, about three hours west of Dallas, Throckmorton was once the last stop on the railroad, a place still called the ''capital of cow country'' because of the surrounding cattle ranches. For years, the town has drawn water from the lake bearing its name, but without any underground aquifers, it has no other source.