GET ME REWRITE: Kewaunee County continues to take shit from CAFOs 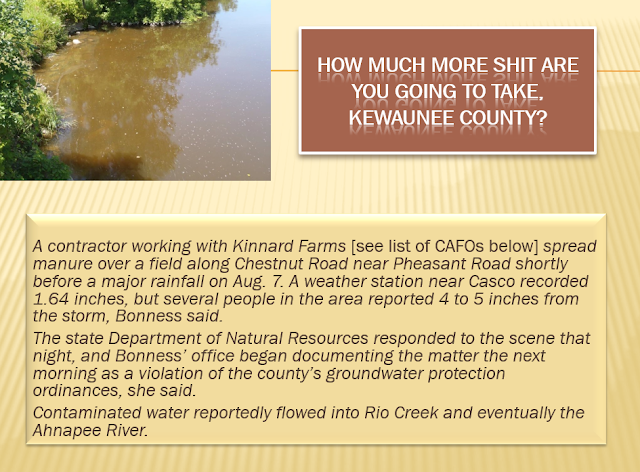 Wisconsin's agricultural bounty is possible thanks in part to the state's voluminous supply of freshwater. At the same time, the use of this resource to grow crops and nourish livestock poses risks to the quality of these waters. The effects of agricultural practices on the state's rivers, lakes, wetlands and groundwater can come by way of soil erosion, water overuse, chemicals and livestock manure.

Manure is a particularly ample concern among roughly 300 of the state's largest livestock farms. They're commonly called CAFOs, which stands for concentrated animal feeding operation.


With an area of 342.5 square miles, Kewaunee County is the 7th smallest in Wisconsin, yet it's home to 16 CAFOs. 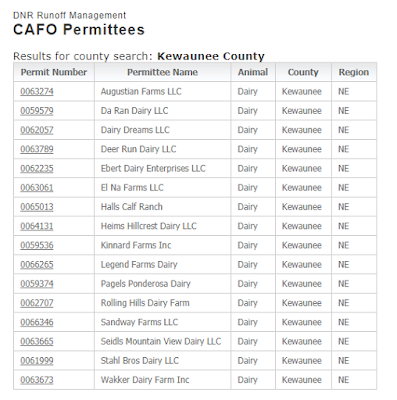 5/3/2019 update, " How much longer will Kewaunee County residents take this shit?", starts here. 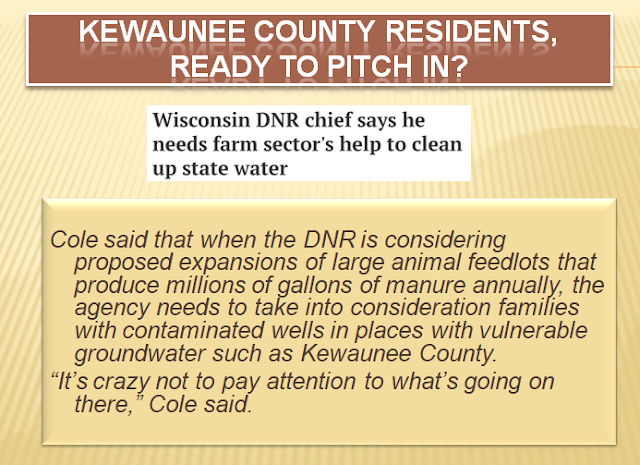 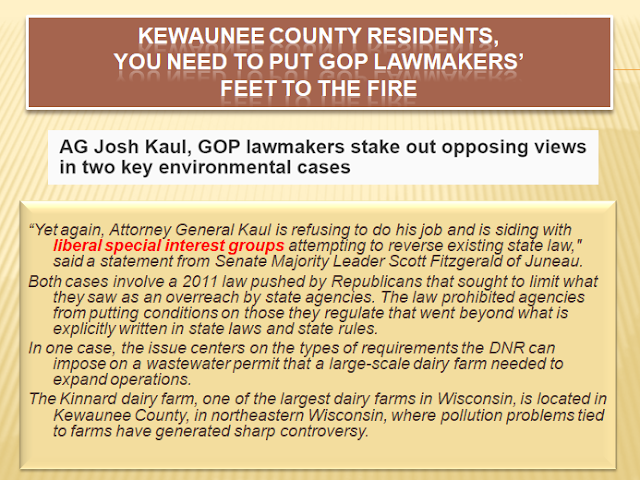 
GOP lawmakers don't expect you to change your voting habits, which is why they can boldly support CAFO special interests.

You still don't get it, do you? 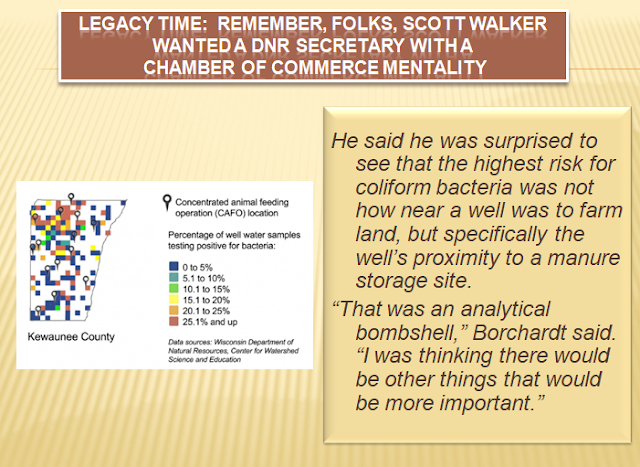 11/7/2018 update, " Kewaunee County voters beg to be slapped around by Scott Walker for another four years", starts here. 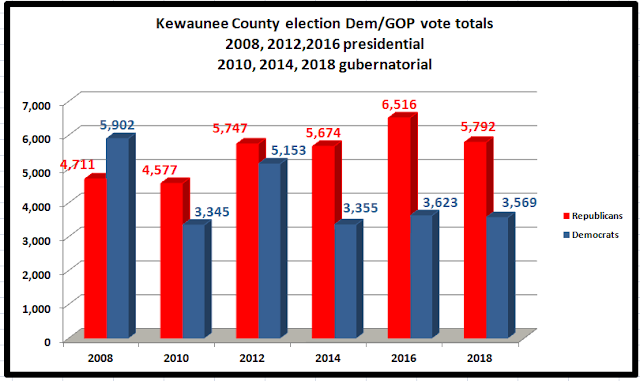 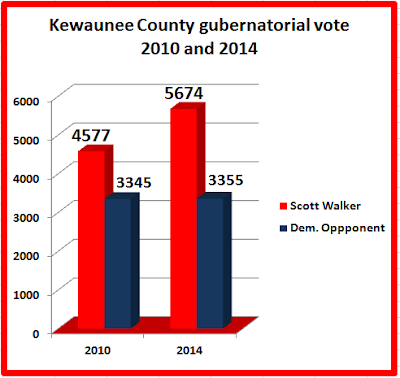 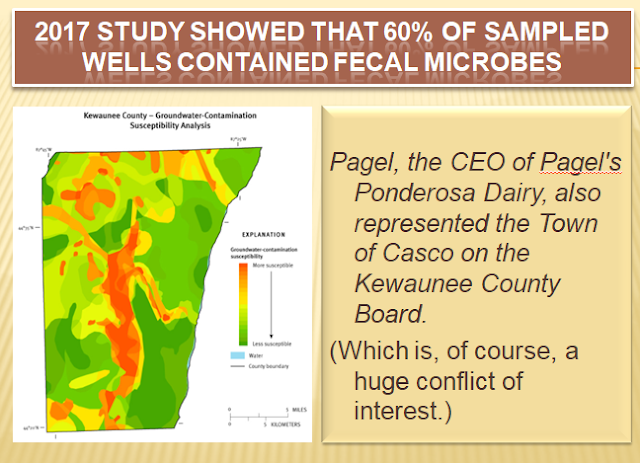 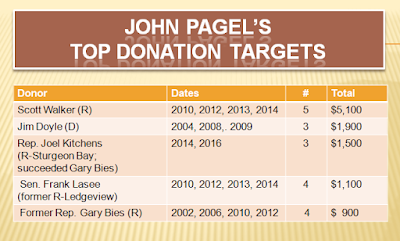 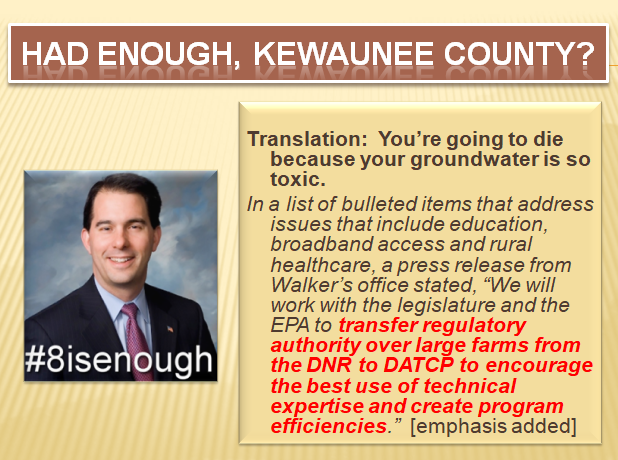 DATCP = Department of Agriculture, Trade and Consumer Protection, but Scott Walker has clearly shown he has absolutely no interest in the CP. 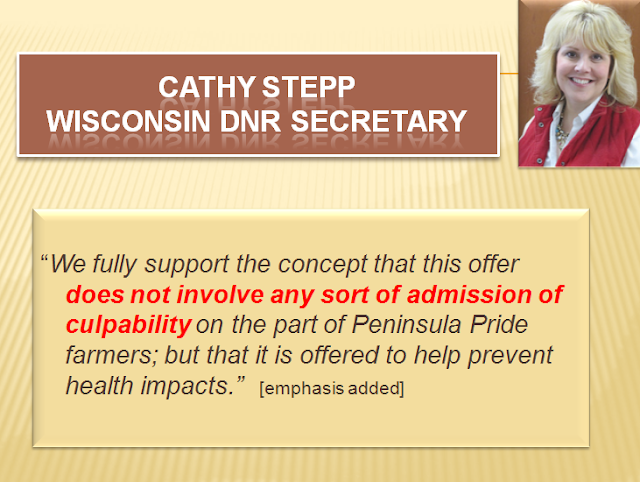 Quoted in Farms to subsidize cost of safe drinking water for those with tainted wells.  (Madison.com, 9/8/2016) 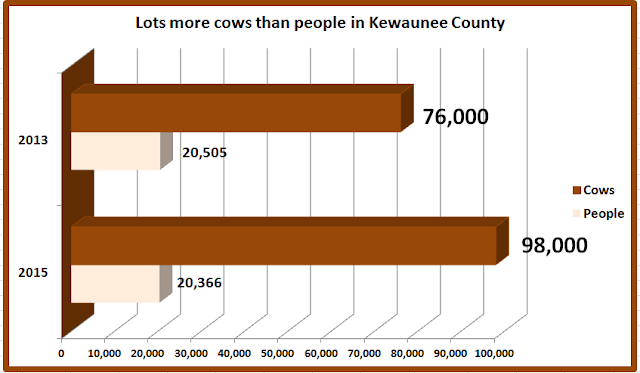 Consequently, these headlines should come as no surprise.

As usual Ms. Stepp arrives late to the party.  On Monday, DNR Secretary released an editorial to news organizations saying her agency, in addition to the efforts of work groups, is taking steps to address water issues in and around the county.

With so much manure being spread on the landscape, Luft said the results are a sign that manure is the likely source of the tainted wells.

Original 11/15/2015 post, "Dear Kewaunee County, You voted for him, now you're paying the consequences", starts here.

Yup, your county is 'open for business'.


CAFOs in Wisconsin require a permit from the state Department of Natural Resources, which under Gov. Scott Walker’s leadership has appointed a secretary lauded for her “chamber of commerce” approach to natural resources. The current DNR administration has lower enforcement rates than under previous governors, and has faced budget and staff cuts.  [emphasis added]