Dear Sarah Smarsh, Watch what they do not what they say. Best, Retiring Guy 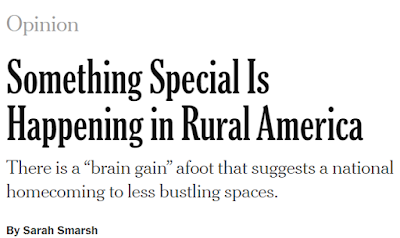 Claira Sieverding is 25 years old and engaged, with a good job and a master’s degree.

She was born and raised in Bellevue, population: 2,177. Other than living in Dubuque while she attended Loras College, she always has called Bellevue home — and plans to continue doing so.

“In Bellevue, you can have an active voice and be involved in the decision-making,” she said. “I love the fact that I’m on the (Jackson County Economic Alliance) board, that I can do Bellevue Heart & Soul stuff and work with the chamber. You make a connection between all three and see similar faces that are on the same page to get things done.”

Sieverding is more the exception than the rule when it comes to young professionals born and educated in Iowa.  [emphasis added]

Since the early 1980s, Iowa and rural areas in general have suffered a “brain drain” of young, educated people flocking to larger population centers.


In fact, one-quarter of Iowa's 99 counties have lost at least 40% of the population, which is most cases peaked more than a century ago.

Counties that lost 40% or more of population since peak 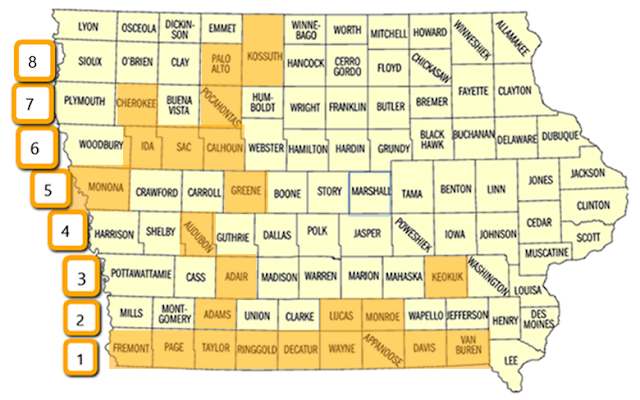 The nation’s most populous cities, the bicoastal pillars of aspiration — New York City and Los Angeles — are experiencing population declines....

...U.S. Census Bureau population estimates indicate that both cities will have more residents than than they did in 2010.

The thing is, more people are moving to urban and suburban areas than are to rural areas. 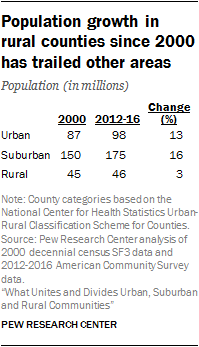