2017 a record year for deaths from drugs and suicide 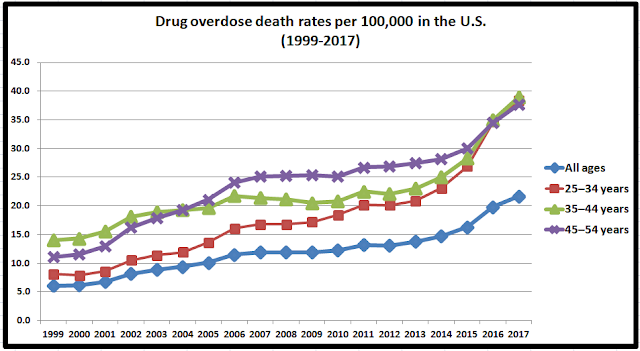 Most of the increase was concentrated in the preceding five years, when such deaths rose tenfold and the opioid epidemic became the leading cause of death for Americans under 55.

West Virginia and New Mexico had the highest number of deaths, the analysis showed, with Mississippi and Texas the lowest .