Not Trump's America: Greetings from Wake County, North Carolina, where Clinton expanded the Democratic advantage in 2016

Amid a Republican wave nationally and across the state, Democrats at nearly every level of government enjoyed more support in North Carolina’s capital county than in previous years.

Wake County not only flipped from supporting Gov. Pat McCrory in 2012 to backing Democratic gubernatorial candidate Roy Cooper this year, voters also approved a half-cent sales tax increase to fund new transit systems and reinstated a Democrat-run Board of Commissioners that raised the property tax rate each of the last two years.

Raleigh is the state capital and county seat 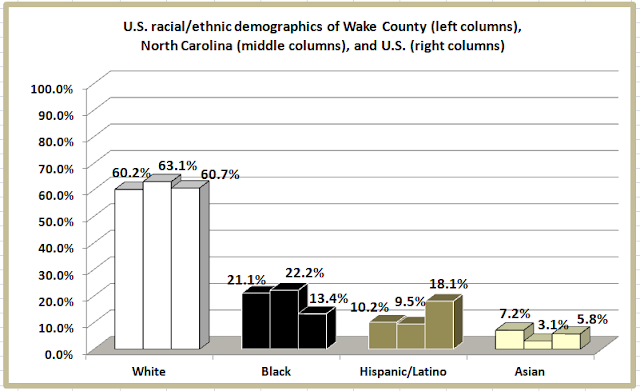 In 2016, Clinton expanded the Democrat's margin of victory by 8.8 percentage points. 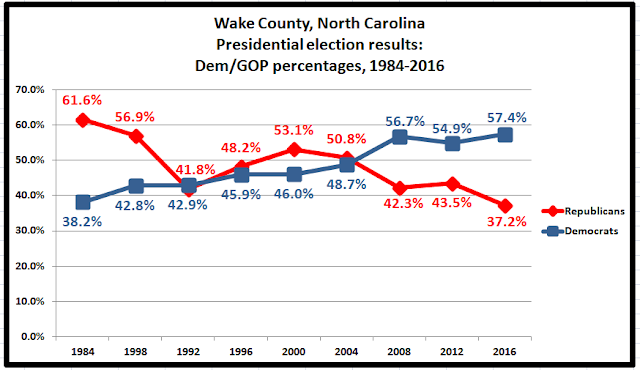