Taking a victory lap after 4 years of footdragging. 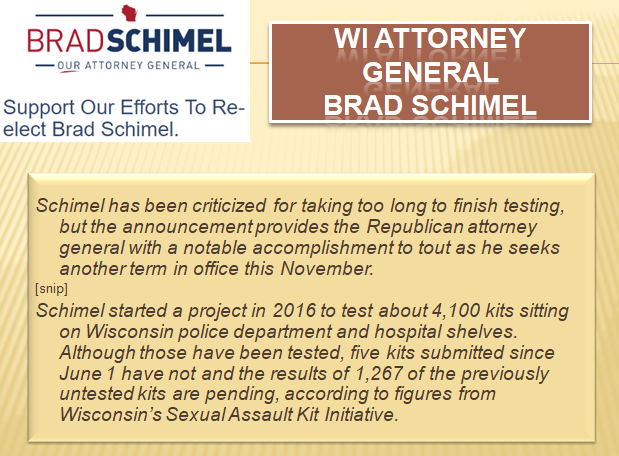 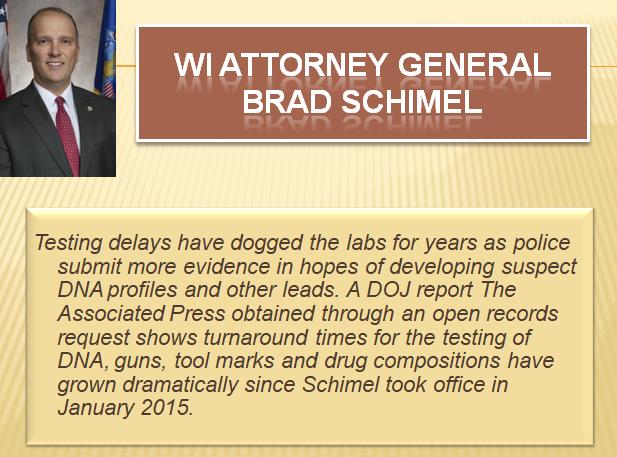 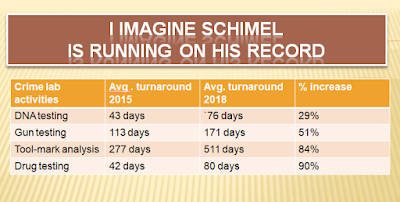 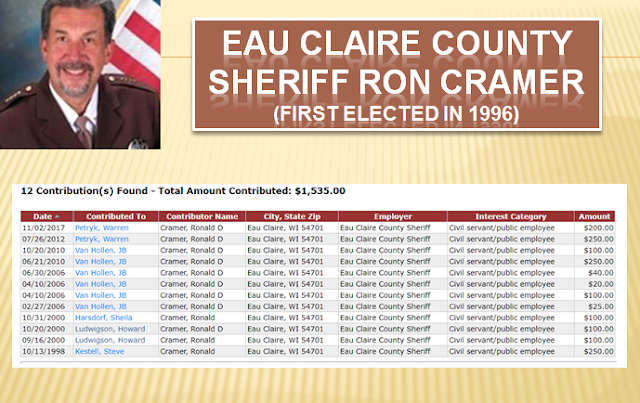 
Brown County Sheriff John Gossage and Eau Claire County Sheriff Ron Cramer appear in a five-figure digital ad buy by the Republican Attorneys General Association. In it, they praise Schimel, who has been accused by opponent Josh Kaul and other Democrats of failing to prioritize the testing of sexual assault evidence kits, both as a local prosecutor and attorney general.

"Brad Schimel took action on the backlog of the rape kits and got results," Cramer says in the ad.


Attorney General Brad Schimel said Tuesday that all untested evidence from sexual assaults is on its way to labs for testing, and again promised that all evidence related to the unsolved assaults will be analyzed by the end of 2018.

Schimel made the announcement at a time when he is seeking a second term overseeing the Department of Justice and is being accused by his Democratic challenger of moving too slowly to test evidence collected by law enforcement and medical professionals after thousands of sexual assaults.  [emphasis added]