UPDATE. Brad Schimel takes a page out of the Donald Trump playbook 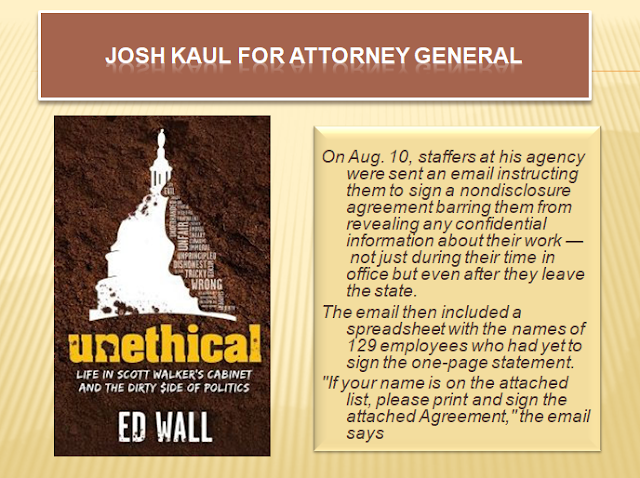 
Payback time.  Former Corrections Secretary Ed Wall is sharply critical of Schimel and Gov. Scott Walker for their handling of problems at Lincoln Hills School for Boys, a juvenile prison north of Wausau that has been under criminal investigation for three years. Schimel fired Wall from the Justice Department in 2016 after he told a Walker aide he should feel free to destroy a document. Wall writes in his book that that incident was misconstrued. 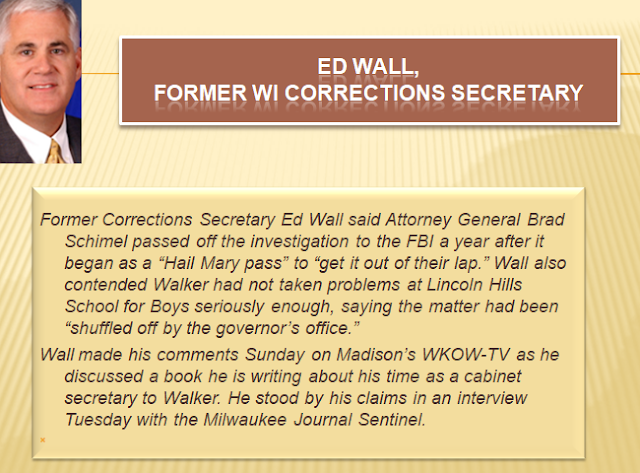 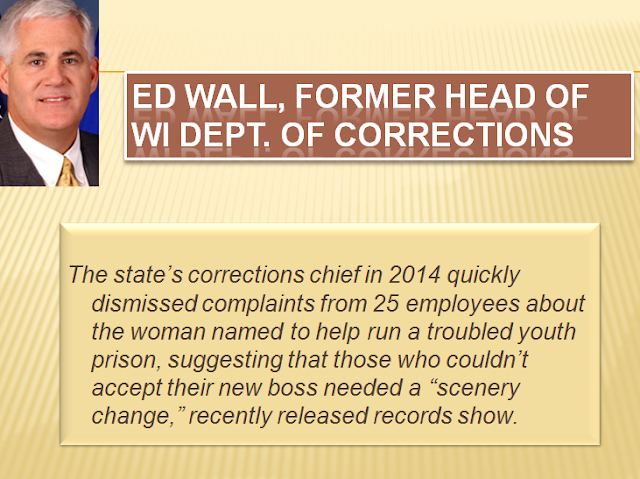 
The Journal Sentinel reported this May that the Department of Corrections had not checked Peterson’s work history when it hired her as education director in 2011. If it had, it would have found she resigned as an associate dean at Northcentral Technical College two weeks after she was demoted and had her pay cut by more than $14,000 “due to deficiencies in leadership communication.” 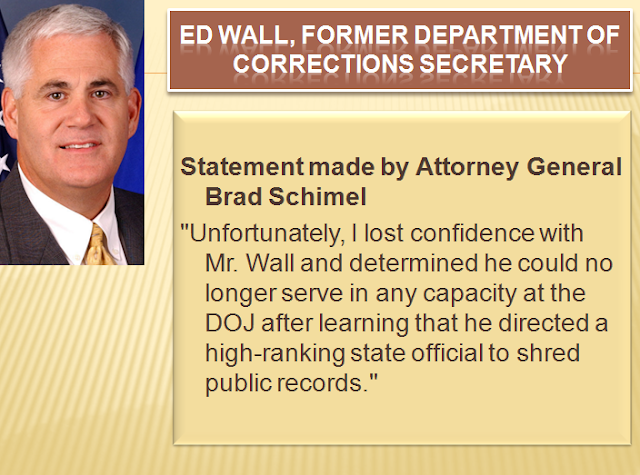 "The best shall serve the state".