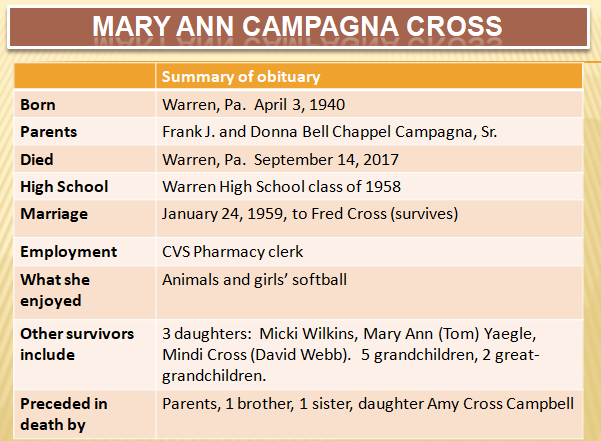 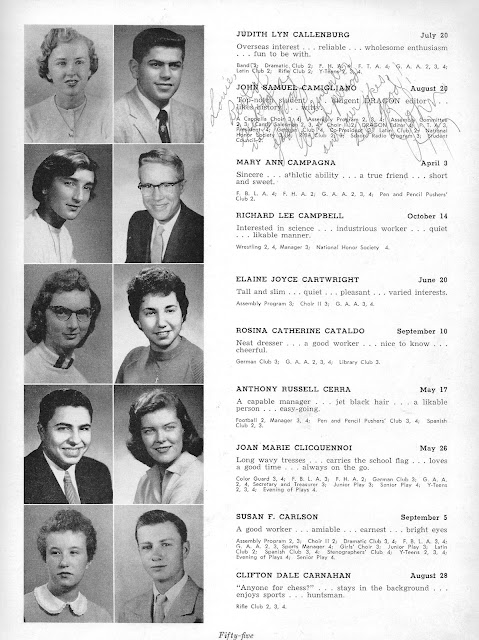 The popularity of Mary Ann as a baby name is graphed here.  Let's take a look at a variant spelling. 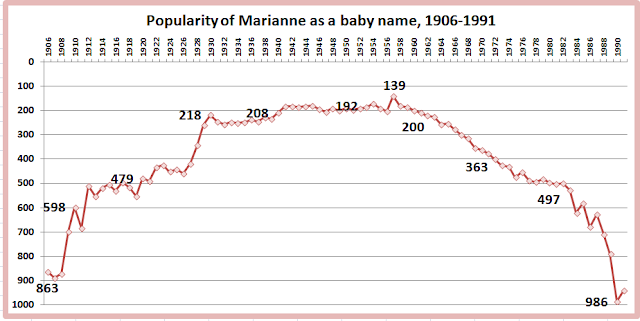 Marianne's best years occurred during the 1930s through the early 1960s.  Thanks to Burl Ives' recording of "Marianne", released in early 1957, Marianne experienced her best-ever year.