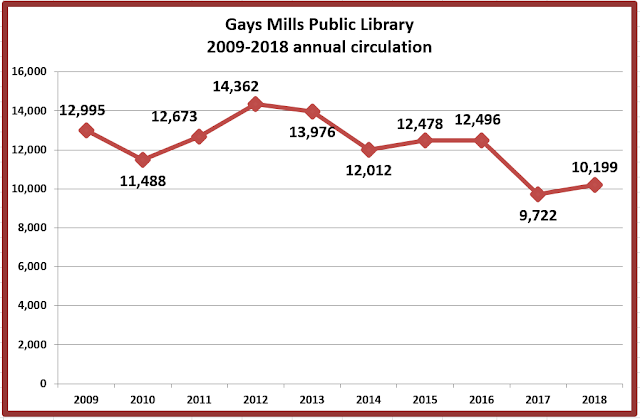 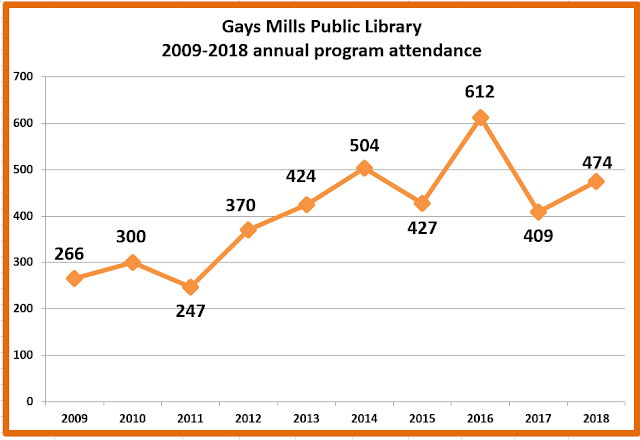 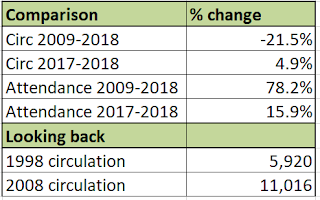 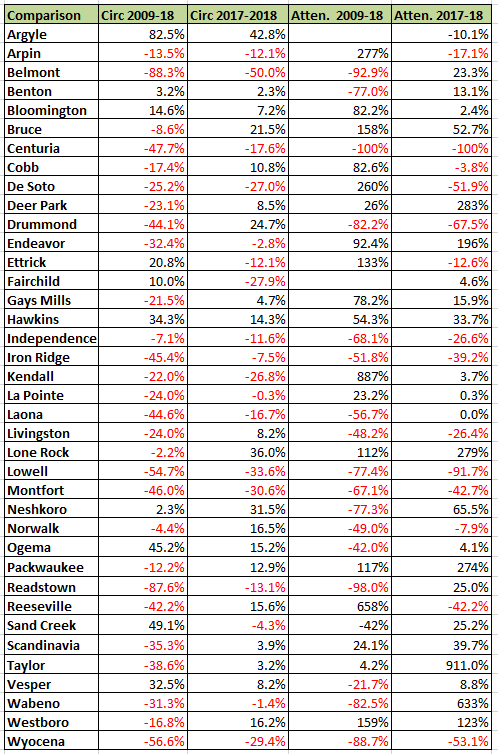 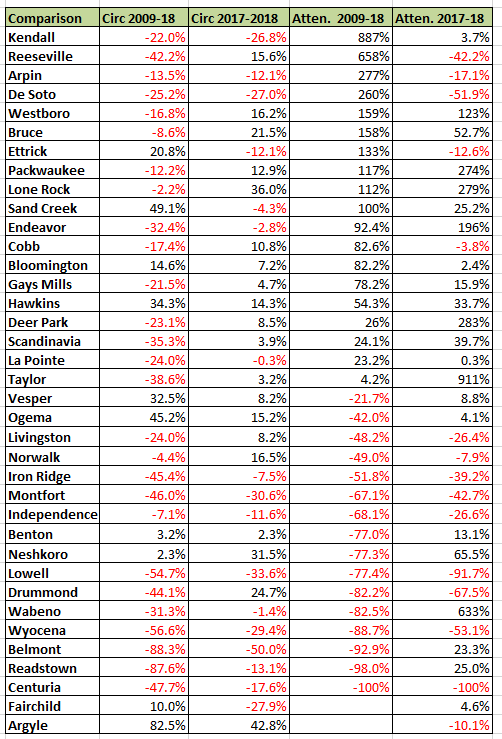 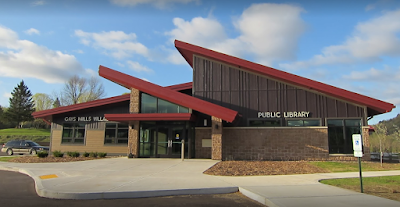 Library hours of operation:  (no change since 2016) 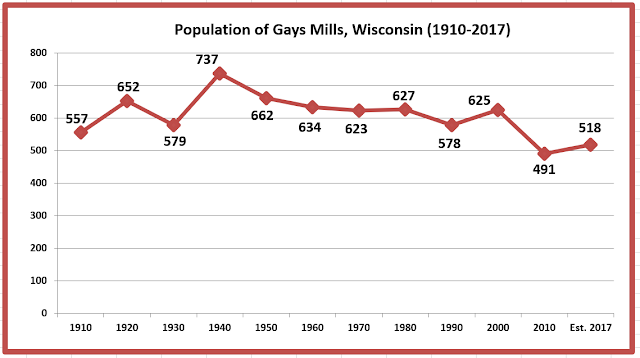 State and federal money will fund costs of relocating the village from a flood plain, including moving the Gays Mills Public Library, according to a USDA blog post. The village flooded extensively in 1978, and again in 2007 and 2008.

Another blow to Gays Mills and more questions about the future of its low-lying areas.  (Wisconsin State Journal, 9/24/2019)

Flooding is a part of the bargain and a gamble for those who live, own businesses or attend church in the village’s low-lying neighborhoods. Since 2008 some businesses, residents and village offices have abandoned the old downtown for higher ground along Highway 131 on the village’s north side. But for those that remain, last month’s flood has brought more discussions about the future of the valley that sits below The Ridge, home to some of the largest apple orchards in the region.