Tarheel Republicans still groovin' on, can't get away too soon from Donald Trump


It's always a 'wonderful poll' when the Big Guy is in 1st place. 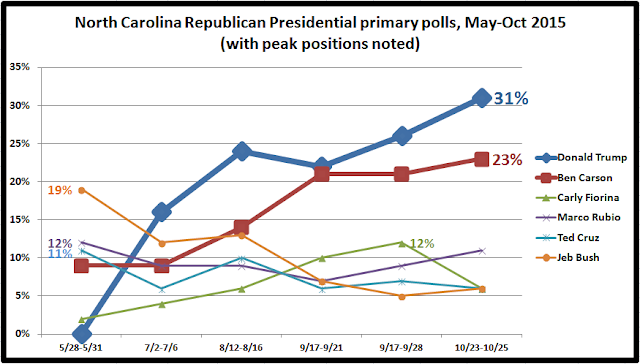 The behinders in the 10/23-25 Public Policy Polling poll:
More stuff:  The Bush family has been much in the news of late, and for all the wrong reasons.

Jeb Bush continues to really struggle. He has a 34/45 favorability rating and trails Trump 58/29 when they're matched head to head. Bush led North Carolina with 19% when we polled the state in late May and had a 46/31 favorability at that time.