WEDC Defenders: Are You Seeing a Trend Yet?

A seminar in messaging.  (Bold text in the following slides has been added by RG.) 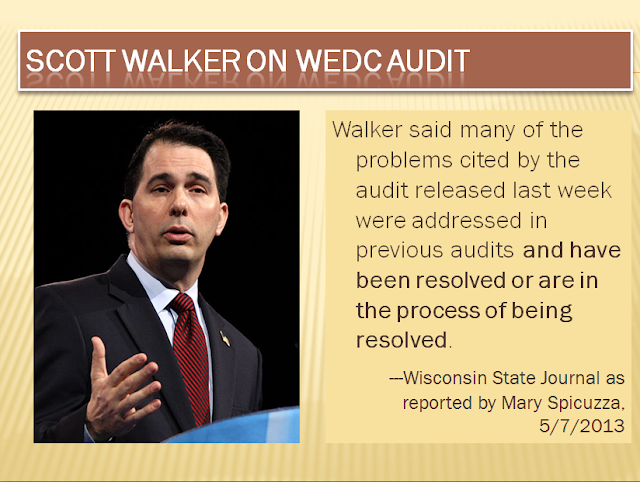 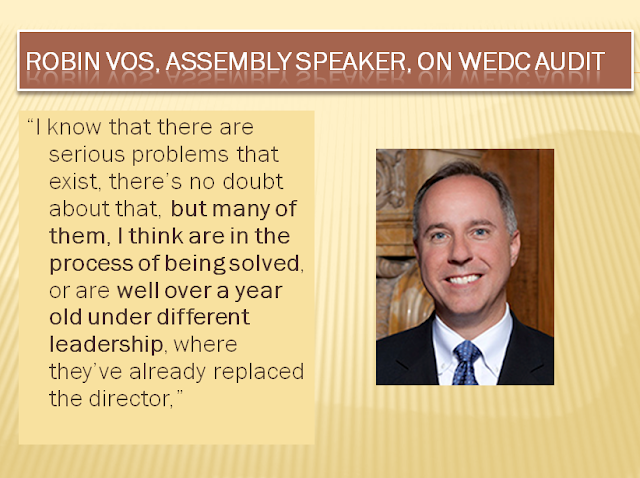 Vos quote is from "Budget committee could vote on WEDC" (Wisconsin Radio Network, 5/7/2013)

Excerpt:  And he said the situation at WEDC was “totally different” than that at the University of Wisconsin System, where the presence of a budget surplus angered Vos and other GOP lawmakers.

The smokescreen must be losing its effectiveness. 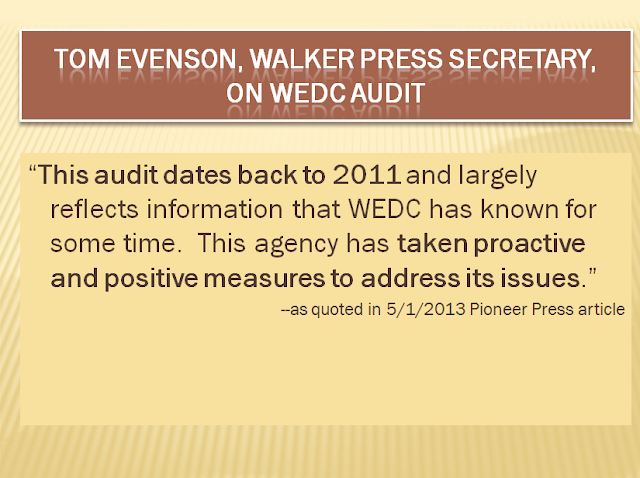