WEDC Public Information Officer Resigns After 1 Month on the Job

Meet John Gillespie, who will soon be updating his LinkedIn profile, I assume.

Last month, John was hired as WEDC's public information officer.  On Monday, May 6, he submitted his resignation.

In yet another sign of WEDC's increasingly dysfunctional operation, the hiring committee -- raise your hands, please, so we can recognize you -- must have decided to dispense with the basic vetting process.

A reporter from Madison's WKOW-TV did the work for them.

It's a public record, WEDC folks.

In a separate case from Outagamie County, the state Department of Workforce Development filed a warrant seeking nearly $8,000 in unemployment insurance compensation benefits he received. 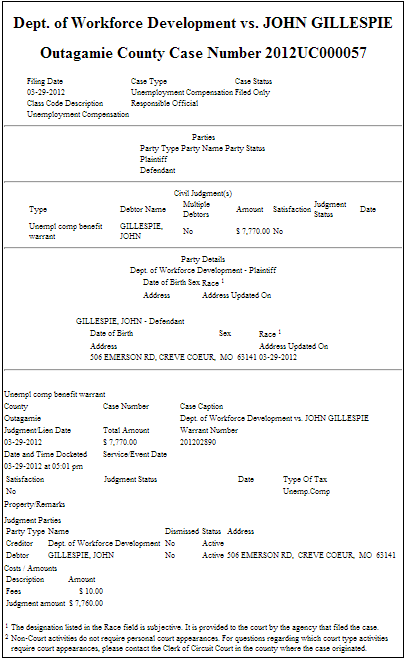