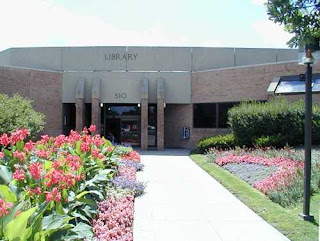 Excerpt:    The library doors will stay open in Troy after voters on Tuesday approved a controversial tax hike that divided the community and included threats of book-burning if the measure failed.

More than 58 percent of voters said yes to the city's third attempt at a millage increase to save the library, which city officials said would have to close without additional funding. Residents voted down two similar proposals last year.

"It's a great statement," said Sue Martin, a co-founder of the resident group TRUST, Troy Residents Unified for a Strong Troy, which also formed the ballot committee SAVE Troy to advocate for the library millage.

Deborah DeBacker, a committee member of the anti-tax group Troy Citizens United, said her group crunched the numbers and believes the library could be spared without the new tax.
DeBacker says voters were scared that the library, near the city's municipal offices on Big Beaver, would be shuttered on Friday, as city officials have warned.

"People were scared. It's a shame," she said. "Two out of three times we voted no, and they never closed the library."

The millage proposal has been a contentious issue that even led members of the organization Safeguarding American Families (SAFE) to threaten to hold a book-burning party if the proposal failed.

Excerpt: Work remains for city library staff to restore library services, which have lapsed since the library prepared for an Aug. 5 shutdown.

“We have things to renew, books to buy, and people to hire,” said Phillip Kwik, head of public service of the Troy Public Library. “We’ve been in shutdown mode for the past three to four months.”