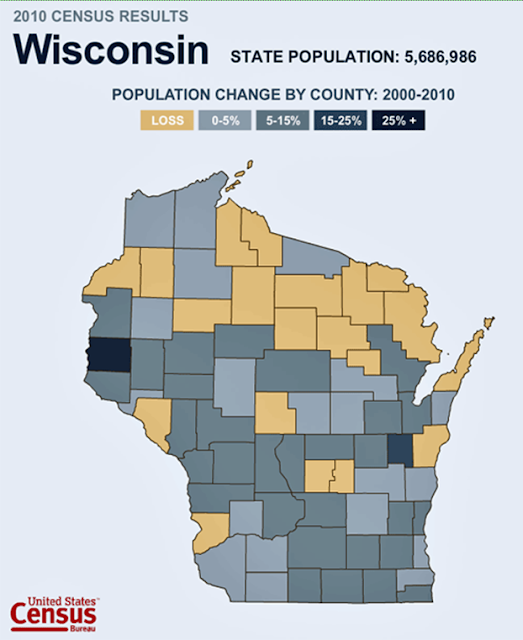 If you recall from our previous installment.

The number of traditional family households — a married couple with children at home — dropped 5 percent in Brown County and to varying degrees in 11 of the county's communities.

As for the following Wisconsin State Journal headline, the Press-Gazette is still averting its eyes.