Keeping the Dream of a New Madison Central Library Alive 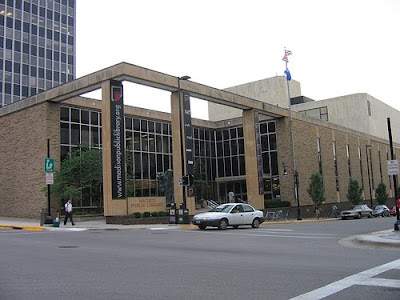 Excerpt:    As Mayor Dave Cieslewicz pushes to quickly renovate the central library, an influential Downtown group wants to revisit a more ambitious proposal by the Fiore Cos. to build a new $37 million central library with a second phase of private development on the existing library site.

"We are encouraging the city to go back and continue the negotiations," said Susan Schmitz, president of Downtown Madison, Inc., which promotes the central city. "We think it's worth it."
In an e-mail last week responding to a question from the State Journal, William Kunkler, Fiore executive vice president, said, "If there was still hope in realizing this vision, we would be the first ones at the table."

Cieslewicz said he's willing to "talk to anybody at any time." But restarting negotiations with Fiore or chasing new options presented by Hovde could cause long delays that would add costs and put construction jobs on hold, he said.