Meet 'the crazies' in the U.S. House of Representatives: Gary Palmer (R-AL) 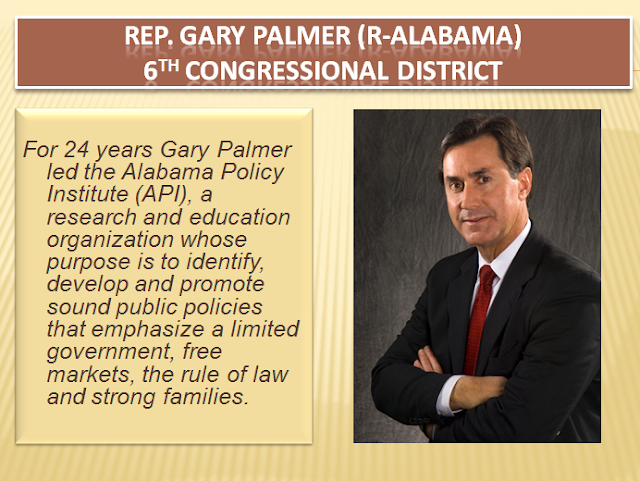 Palmer was first elected to Congress in November 2014 with 76.2% of the vote.

You can read his sharply partisan, knee-jerk reactions to the issue of the day here.