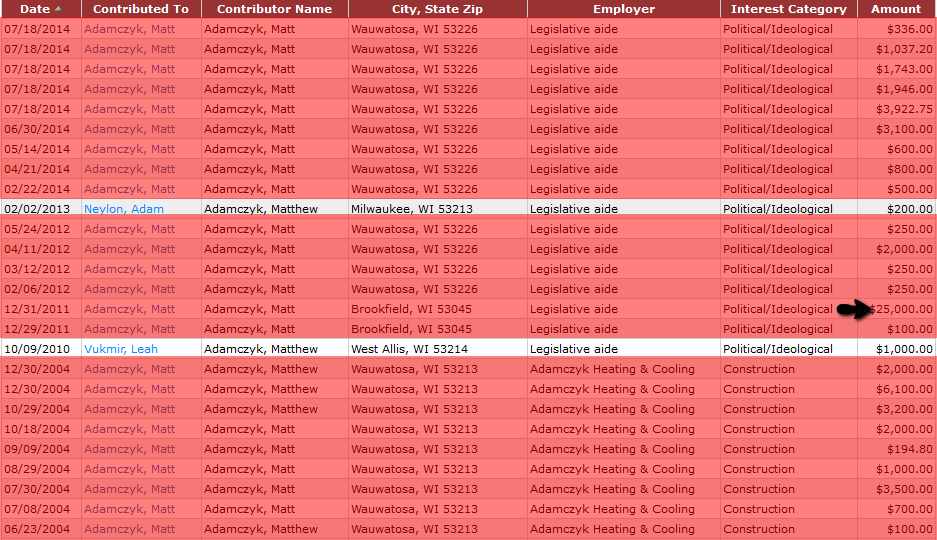 And he calls the Tia Nelson's documentation of his bizarre and frequent contacts with her office "very weird".


Wisconsin's new state treasurer is making waves on an obscure state board — trying to get it to cancel its subscription to The New York Times, change its letterhead so the top administrator doesn't appear on it anymore and make sure any references to global warming are dropped from its website.


In related news, Adamczyk announced his candidacy for the 13th Assembly District in 2012 but dropped out well before election day.