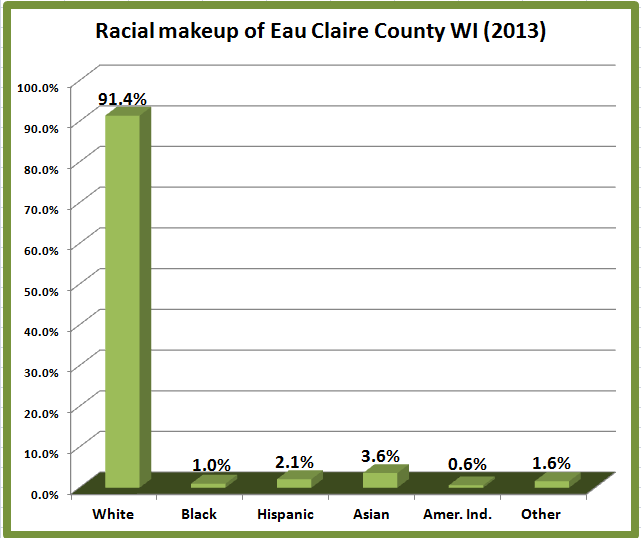 Source:  U.S. Census Bureau State & County Quickfacts
(Compared to Wisconsin)
NOTE: Hispanics may be of any race, so also are included in applicable race categories. 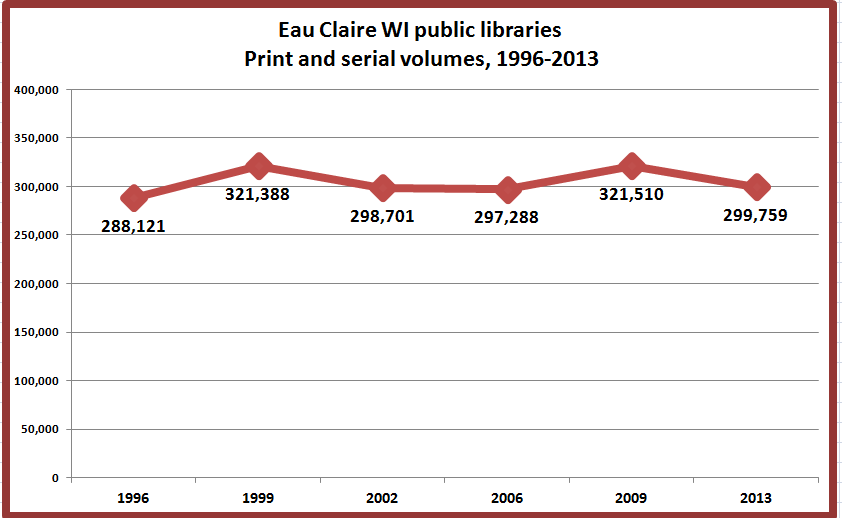 This appears to be a first -- a county in 2013 with more public library audio than video holdings. 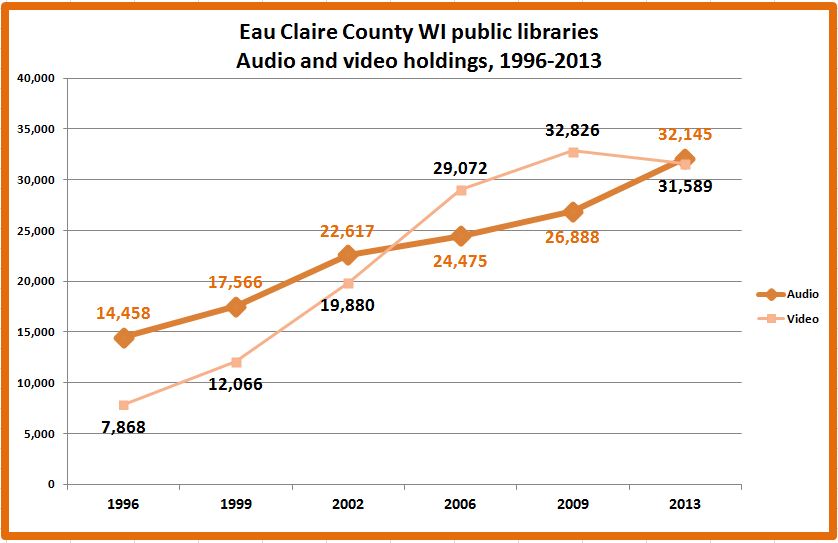 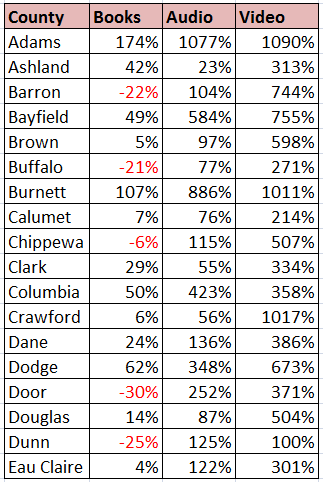 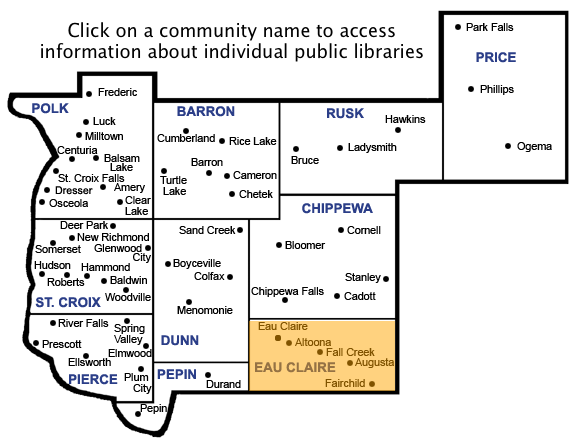