"Why do birds suddenly appear, ev'ry time you are near?" 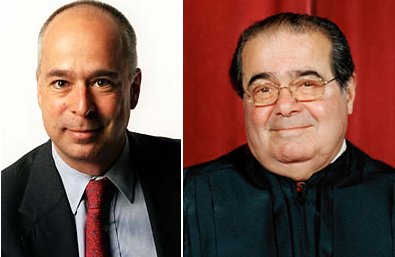 
Journalists like conflict and quotable remarks and so are indulgent of Justice Scalia’s sarcasm. Professor Hasen, like many lawyers and scholars, disagrees.

“I think it is a bad thing,” he said. “There is a great deal of value to civility, especially when the court is writing in a sensitive area.”


It is indeed a bad thing.


If you want to be happier and improve your relationships, cut out sarcasm since sarcasm is actually hostility disguised as humor. Despite smiling outwardly, most people who receive sarcastic comments feel put down and usually think the sarcastic person is a jerk. Indeed, it’s not surprising that the origin of the word sarcasm derives from the Greek word “sarkazein” which literally means “to tear or strip the flesh off.” Hence, it’s no wonder that sarcasm is often preceded by the word “cutting” and that it hurts.