Somebody Wants to Make My Holiday Special! 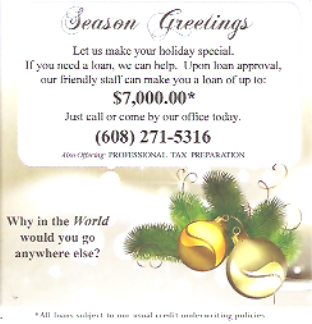 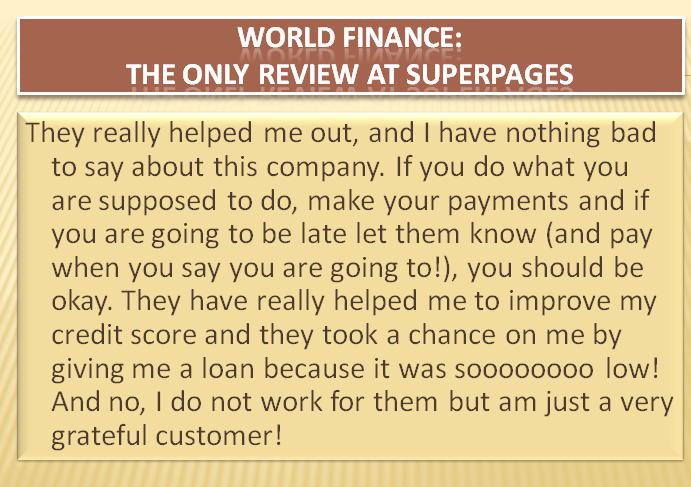 
World [Finance] is one of America's largest providers of installment loans, an industry that thrives in at least 19 states, mostly in the South and Midwest; claims more than 10 million customers; and has survived recent efforts by lawmakers to curtail lending that carries exorbitant interest rates and fees. Installment lenders were not included in a 2006 federal law that banned selling some classes of loans with an annual percentage rate above 36 percent to service members — so the companies often set up shop near the gates of military bases, offering loans with annual rates that can soar into the triple digits.