UPDATE: 50.7% of MilkSource's $222,350 in Campaign Contributions Have Gone to Scott Walker

Here's a 3rd example of why Wisconsin Republicans want to make the change as blared in the following headline:

MilkSource greases the wheels of government.


To accommodate the water needs of the industrial farm, Milk Source first applied to the state DNR for a permit to build two high-capacity wells — defined as wells with the capacity to pump 70 gallons of water per minute — on May 4, 2011.

Six months later, the DNR approved the permit that allowed for two high-capacity wells to be built on the site, with a combined capacity to withdraw 72.5 million gallons of water per year. 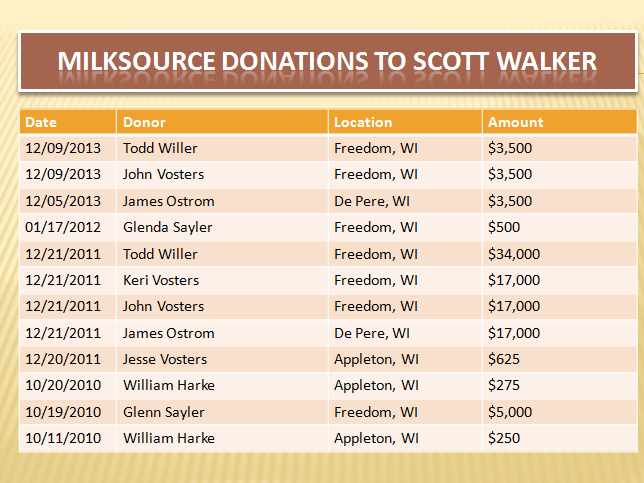 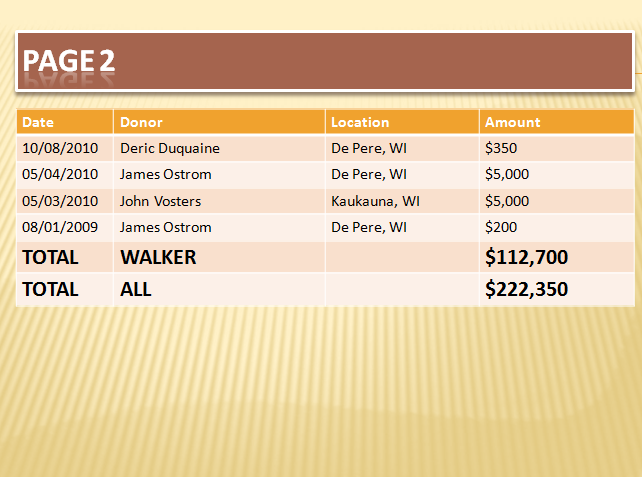 Gotta wonder if Scott Walker was singing this song in the shower during the 2011 Christmas holiday season.