Now There Appears to be Money to Keep Trenton's Branches Open 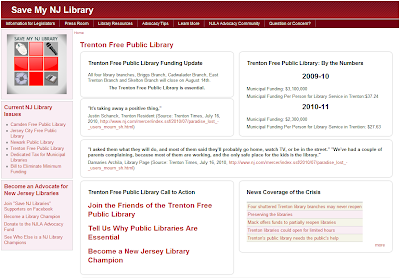 The admission comes one day after the library’s director said the four branches would be vacated and turned back over to the city by Nov. 1 because the city had not confirmed its intentions to provide enough money to maintain them. Only the main branch on Academy Street has been open since September.

Matthews said yesterday the plan to empty the shuttered branches of their books and equipment will not be reversed until the board hears from Mayor Tony Mack about the funding.