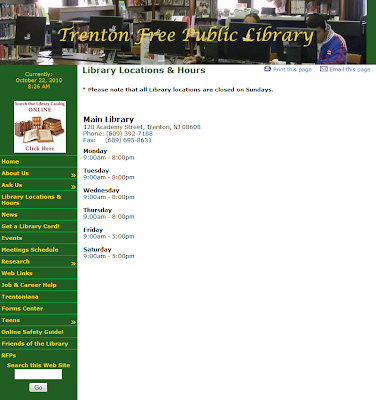 Excerpt: Barring an 11th hour windfall, the four branches of the beleaguered Trenton Free Public Library will officially be vacated and turned over to the city Nov. 1.

The branches — Briggs, Cadwalader, East Trenton and Skelton — were closed in mid-August amid budget cuts that also led to the layoffs or demotions of 17 staff members.

And as bills mount for insurance, security and maintenance, library executive director Kimberly Matthews said the library can no longer pay for the upkeep on four empty, unused buildings.

“It is our intention to vacate those buildings on Nov. 1,” Matthews said yesterday. “We cannot afford the costs associated with maintaining those facilities.”

There were hopes the city — or private donors — could dig deep and come up with the $845,982 Matthews estimated would be needed to reopen the four branches.