GET ME REWRITE: The peripatetic Spencer Zimmerman is now running on a platform of restoring a statue of Christopher Columbus and promoting of random ballot placement 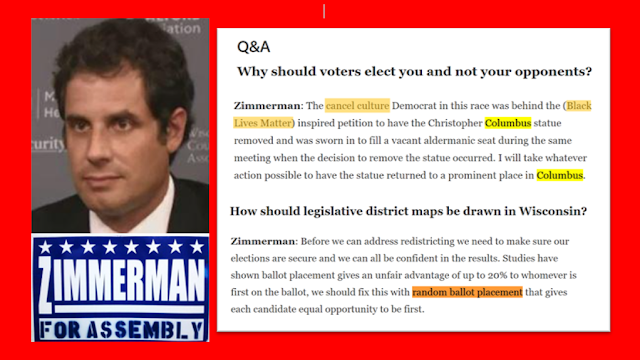 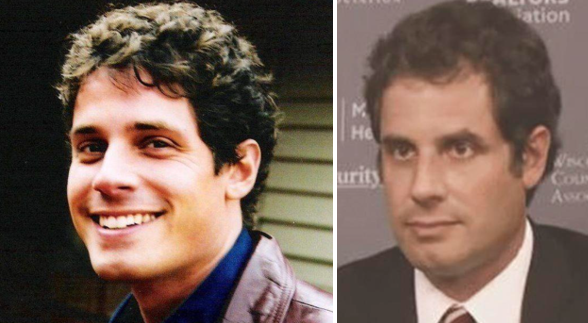 He uses the photo at left on his campaign materials
According to Ballotpedia (Encyclopedia of American Politics website), Spencer Zimmerman has run for office, for 3 different parties, 10 times since 2010.  All but one of them in Wisconsin. All of them unsuccessful.   He twice ran for Congress -- U.S. house seats at opposite ends of state.  Similarly, the state Assembly and Senate races he has entered are all over the map.

Zimmerman is a 1988 gradaute of McFarland (WI) High Schoool.  He served in the U.S. Air Force from 2000 to 2004 and earned an Associate degree from the Community College of the Air Force in 2003.  He's listed as having a bachelor's degree from Edgewood College in Madison (2006).