GET ME REWRITE: When Rick Esenberg tells the 4 lapdogs on the Wisconsin Supreme Court to roll over, they earn themselves a doggy bone 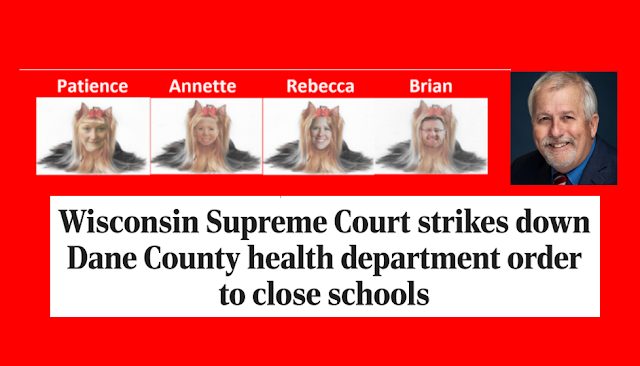 “The power to take measures ‘reasonable and necessary’ cannot be reasonably read as an open-ended grant of authority,” Justice Rebecca Bradley wrote for the majority. “Doing so would swallow the rest of the statute and render it mere surplusage.” Rick Esenberg, president of the conservative Wisconsin Institute for Law and Liberty, which represented some of the plaintiffs in the case, hailed the decision. 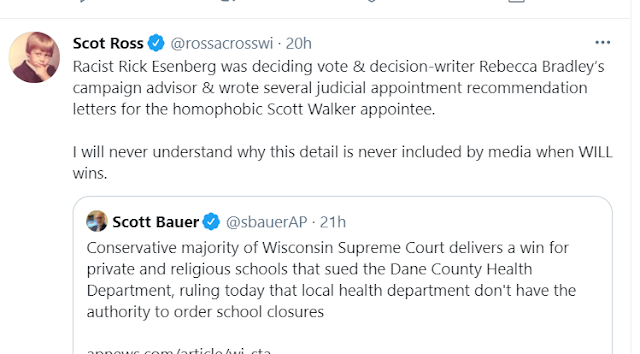 Twitter
Rebecca Bradley is unfit to be a Supreme Court justice.  And that's not even scraping the surface. 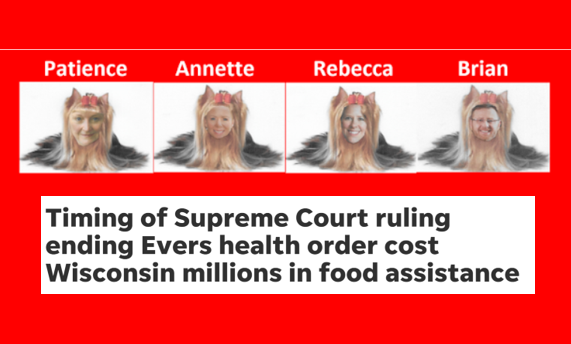 "Whether the additional funding for Wisconsin's food stamp program known as FoodShare would be lost had been in question until Wednesday, when Goodsitt confirmed the money was lost for May and would be in jeopardy for the future if lawmakers do not act to enact an emergency declaration.

"The ripple effects of this change will be immediate and devastating for individuals, families, and entire communities," Goodsitt said.

The long-anticipated ruling comes just days before Democratic Gov. Tony Evers' current face mask requirement is set to expire next week. It leaves the state without any virus restrictions going forward as officials look to expand vaccination efforts and health experts have confirmed the emergence of a third COVID variant.

In the 4-3 ideologically-split decision, the court's conservative majority sided with Republicans who brought and supported the lawsuit, ruling it's not within a governor's power to issue successive public health emergency orders tied to the the same crisis without legislative approval. 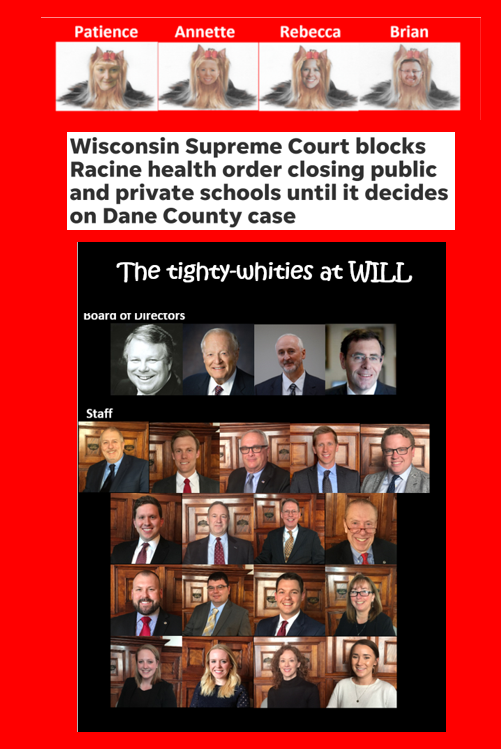 From March 2, when Racine County recorded its first confirmed COVID case, through September 30, the county reported a total of 4,976 cases, an average of 23 new cases per day.

Since October 1, Racine County reported an additional 8,619 cases, an average of 157 new cases per day. 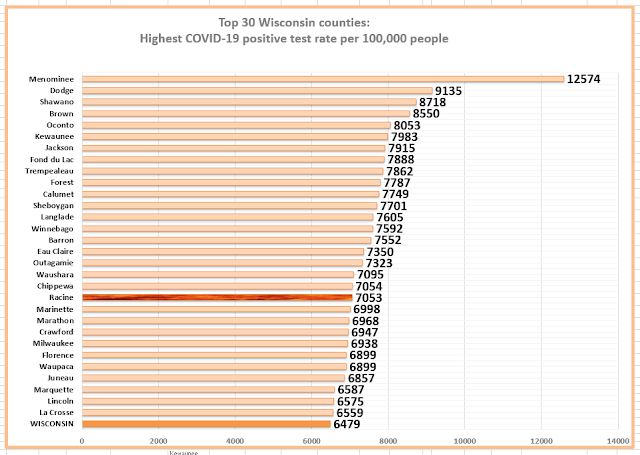 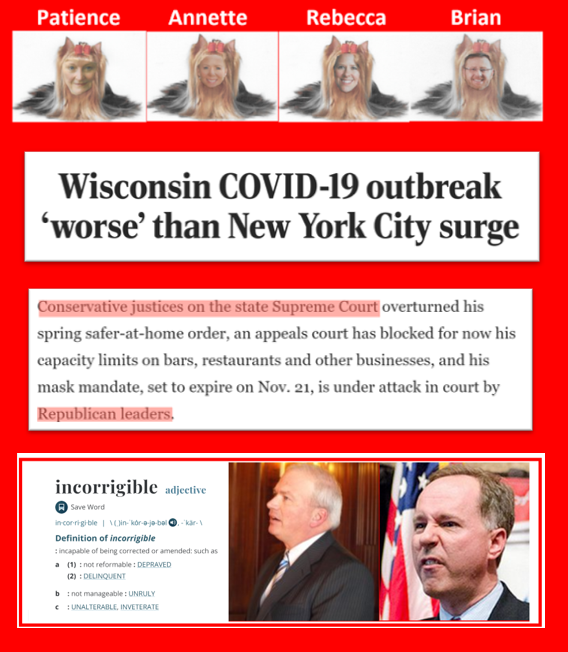