GET ME REWRITE: Shawano County Sheriff protects constitutional rights white the county is aflame with the virus 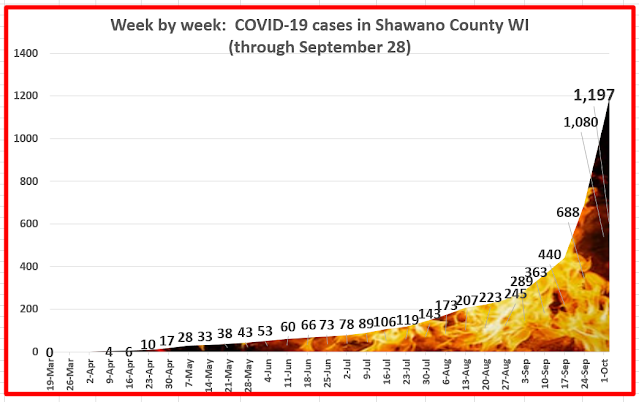 From April 4, when Shawano County recorded its first confirmed COVID case, through August 31, the county reported a total of 277 cases, an average of less than 2 per day.

Since September 1, Shawano County reported an additional 970 cases, an average of 29 per day.

Headline and text from Fox 11 News, 7/20/2020
Photo credit:  Sheriff Bieber on Facebook
Meanwhile, Shawano County has moved from 23rd to 7th place on the list of Wisconsin counties with the highest COVID-19 positive test rate per 100,000 persons.
Heckuva job, Adam. 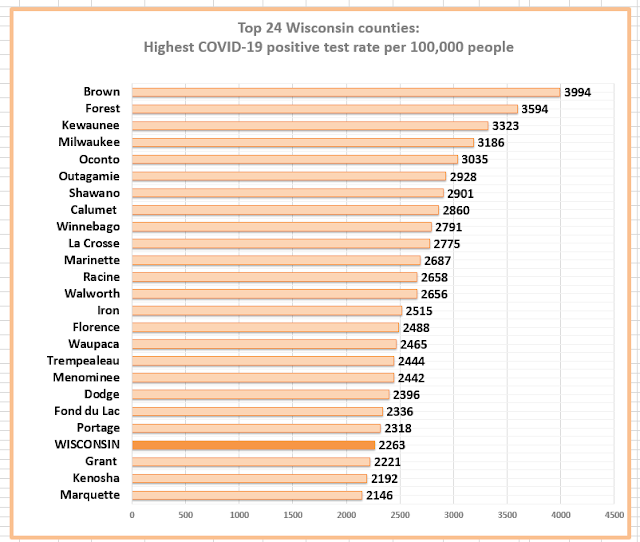 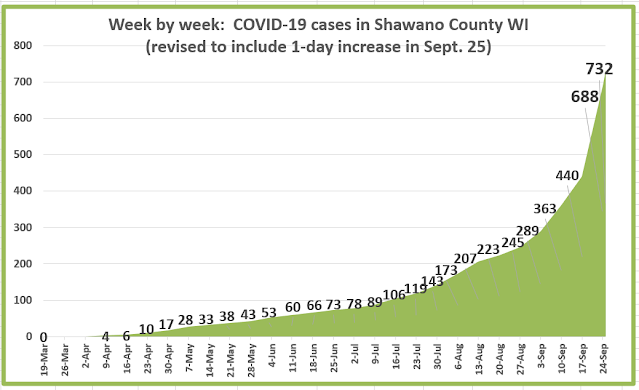 As of Wednesday, Shawano County was determined to have the state's ninth-highest number of cases per 100,000 residents, 705, over the last two weeks. Brown and Outagamie counties are fifth and sixth, with 755 and 754 cases per 100,000 residents, respectively. Earlier this week, the Menasha Joint School District also announced it will transition to virtual instruction; as did Freedom High School. Both district cited skyrocketing cases in Outagamie County. The move also comes a week after a Howard-Suamico teacher died due to COVID-19 complications last week. She's believed to be the area's first schoolteacher who had contracted the virus to die since students returned to school earlier this month.

Shawano County ranks 23rd, ahead of Dane County, in having the highest overall positive test rate per 100,000 persons, 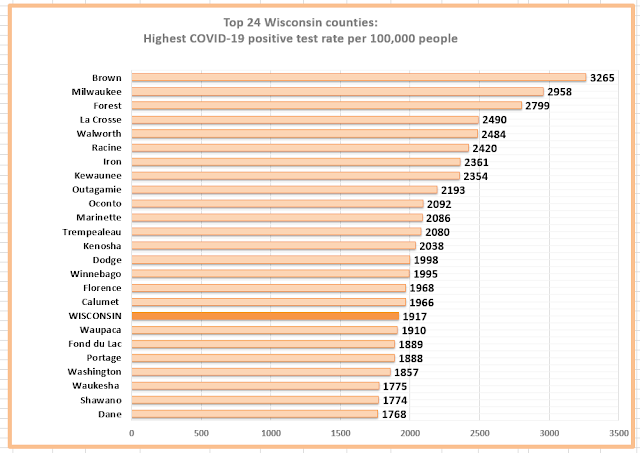