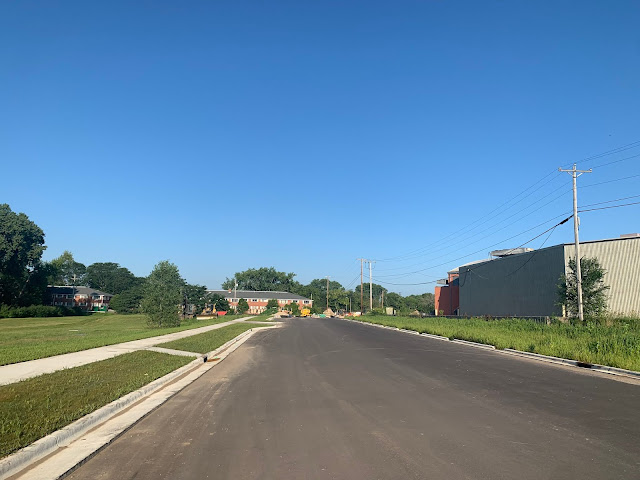 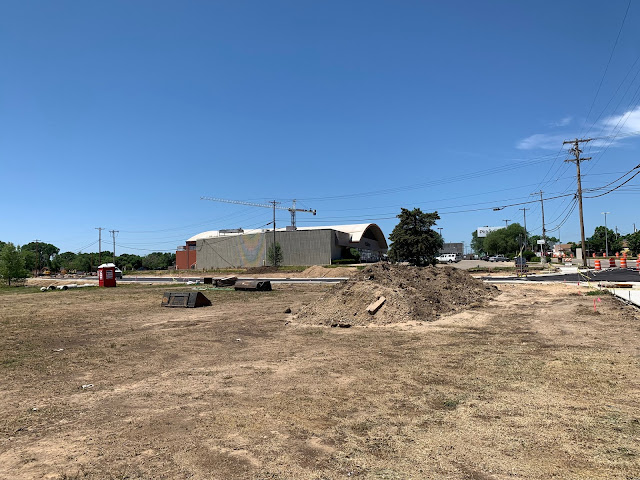 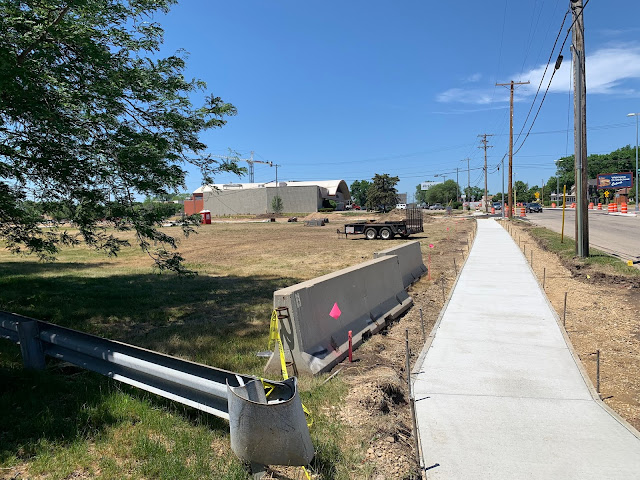 The video
5/7/2021 update starts here
Looks like the project will soon be getting underway. 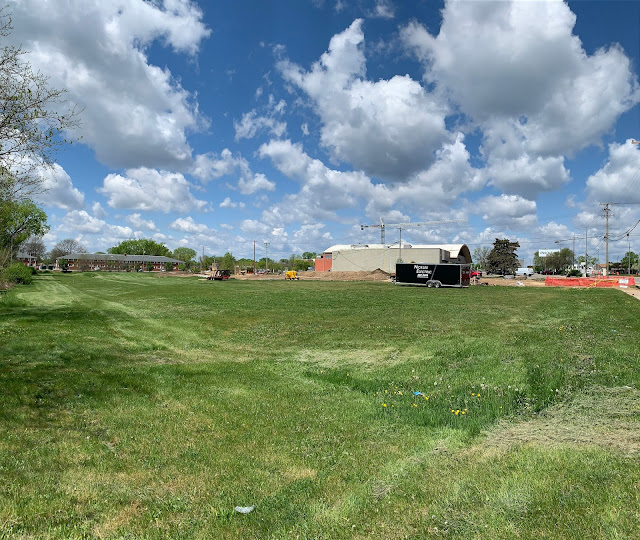 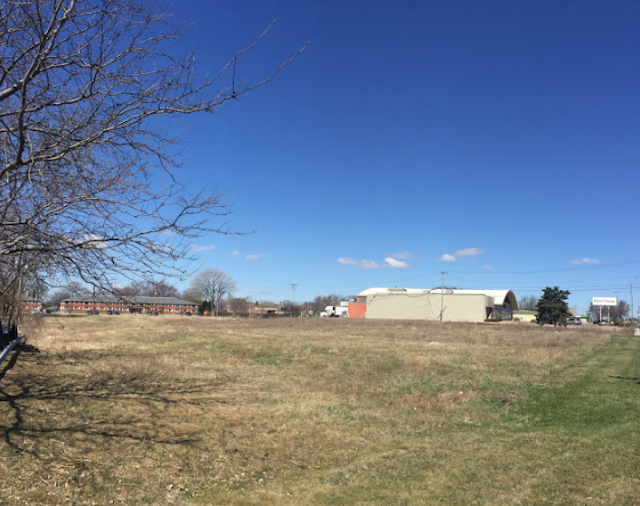 The city’s Plan and Urban Design commissions this week gave final approvals to Rule Enterprises, of Milwaukee, and nonprofit Movin’ Out Inc., of Madison, for the project, which includes 150 housing units, a 24,000-square-foot grocery store to be run by the owners of Luna’s Groceries, a small Latino-run store in the Allied Dunn’s Marsh neighborhood, and 161 structured parking spaces at the former Truman Olson property at 1402 S. Park St.


Rule Enterprises has proposed a first-phase $41.3 million, six-story project with a 30,000-square-foot grocery, 150 mixed-income housing units and a 345-space parking garage on the 3.5-acre site at 1402 S. Park St., which once held the now-demolished Truman Olson Army Reserve Center. A five-story second phase, with no cost details, would have 80 housing units. 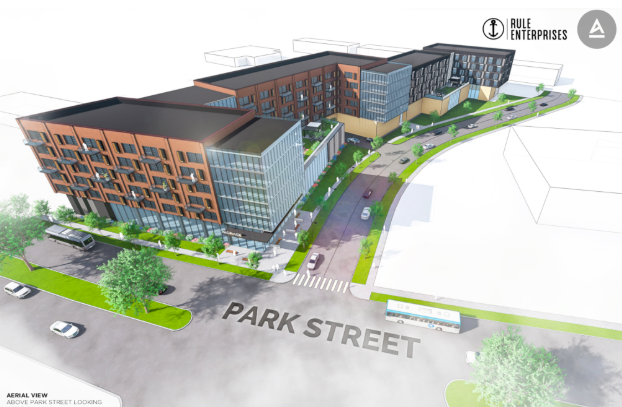 1/18/2019 update, "Development plans still up in the air regarding 1400 block of South Park Street in Madison", starts here. 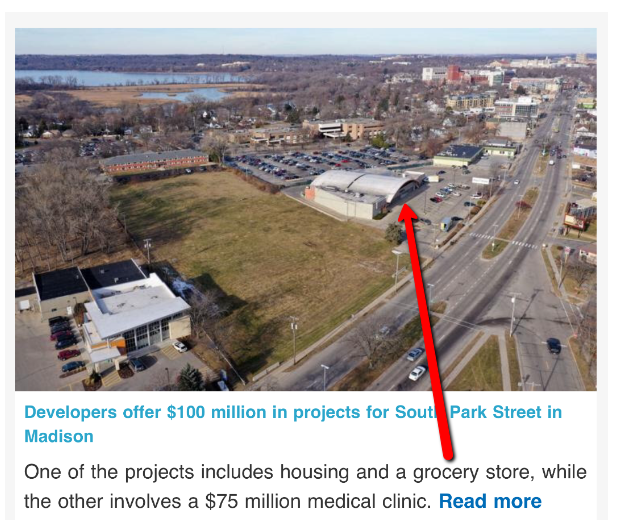 Did you notice that a grocery store is already located here?  In April, two teams — Hovde Properties/SSM Health and Welton Enterprises — each offered pricey, competing proposals to redevelop the vacant property at 1402 S. Park St., which once held the now-demolished Truman Olson U.S. Army Reserve Center.

But in the summer, the teams, which also have properties abutting the Truman-Olson site, asked the city to put its review on hold so they could combine proposals and forge a larger, more comprehensive plan for the area.

Panorama from South Park and Beld


Two developers submitted proposals for the vacant 3.5-acre lot at 1402 S. Park St., which formerly held the Truman Olson Army Reserve Center. Both included some of the targets mentioned in the city’s request for proposals — such as a grocery store, housing and parking — but differed in scope, according to the proposals released Friday. “They both bring a significant presence on Park Street and try to maximize the use of a deep and narrow site,” city real estate manager Matt Wachter said.


Views from both sides of the streets 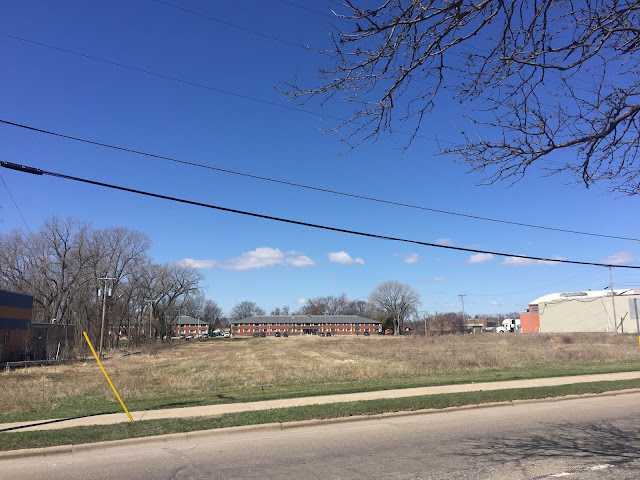 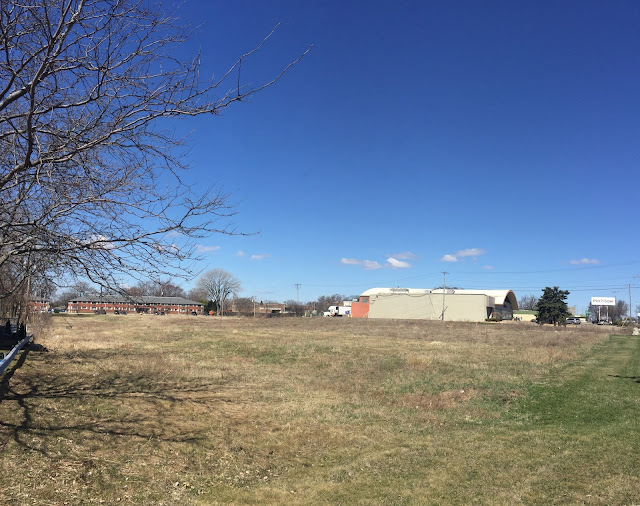 Wonder how Pick 'N' Save feels about a second grocery store in the immediate vicinity.
Posted by Retiring Guy at 9:10 AM