Greetings from Trump's America: Burnett County, Wisconsin, 90% white, Trumpier than it was in 2016, and sicker with the virus since Election Day

“We the students, are tired of not being heard or asked what we think. We don’t think the government should have the power to tell us what we should wear or how we should live, so we are going to do something about it,” she [Kaitlyn Rombach] told the board members during their meeting Monday evening.

“We also think that it isn’t fair for adults to make all the decisions for this when we, the kids and teens in the United States, have not been asked what we think, and we are the most affected by what is going on."

Hello, Kaitlyn's dad?
U.S. Census Bureau QuickFacts
% of population 25 and older with bachelor's degree:
% of population 65 and older:
% of population living in poverty:
Trump's America: White, rural, declining population, less educated, less well-off, much older, gullible.
Burnett experienced a big spike in Covid cases in the weeks following the 2020 election, and its 7-day average is still above what it was at the start of the 2020-21 school year. 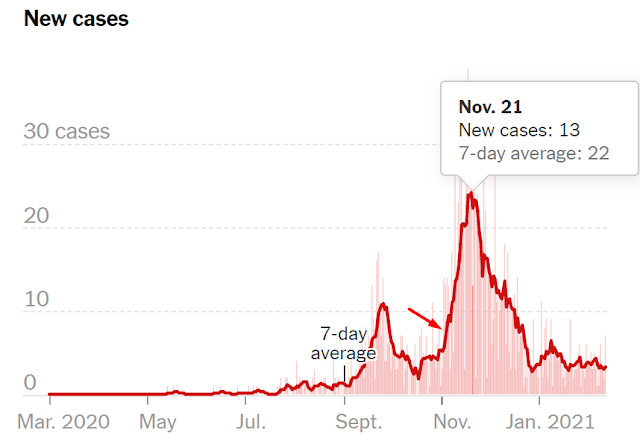 Original 2/24/2018 post starts here.
Burnett County's approximate location is marked with the red highlight.  (Note that the brown extends into Douglas County, where voters gave Clinton 51.1% of the vote to Trump's 43.5%.  Clearly, though, some township voters got their wish.  We'll take a closer look at this shift in a subsequent post.) 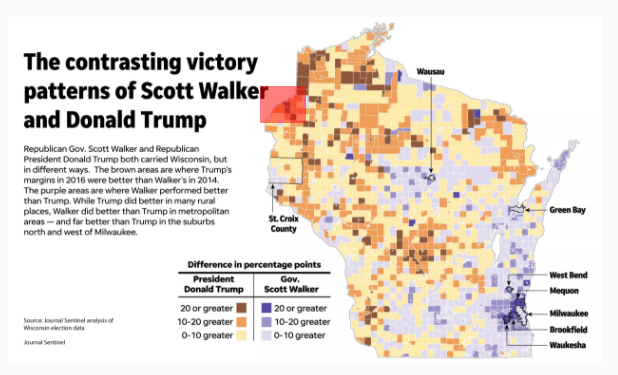 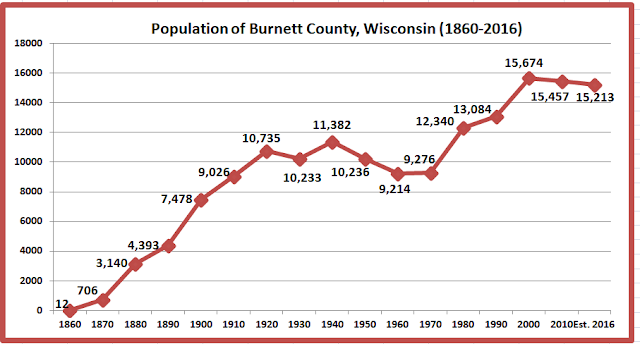 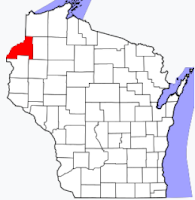 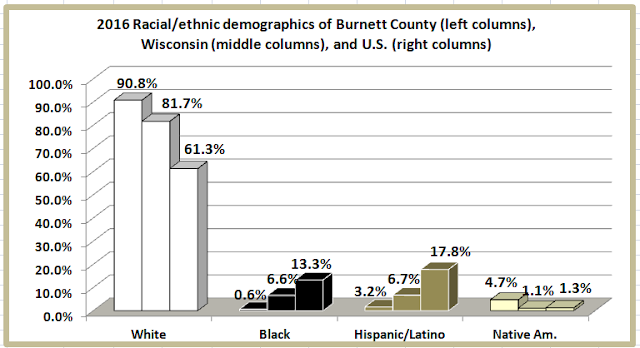