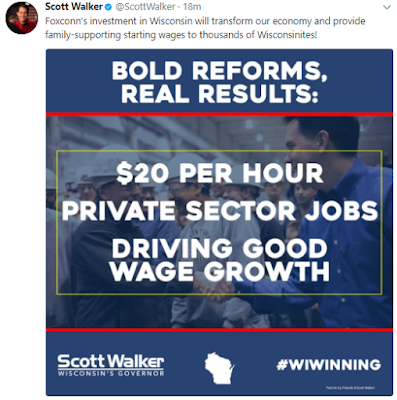 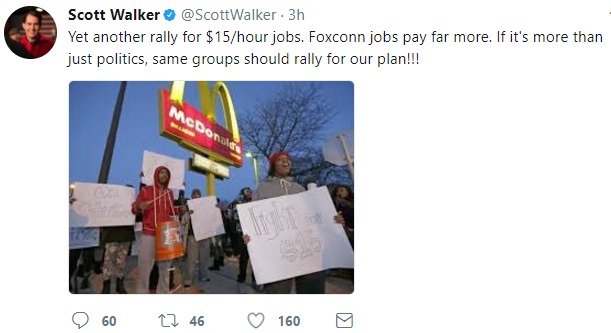 Original 8/12/2017 post, "Funny how there's all this talk about Foxconn jobs that pay well below the alleged average salary", starts here. 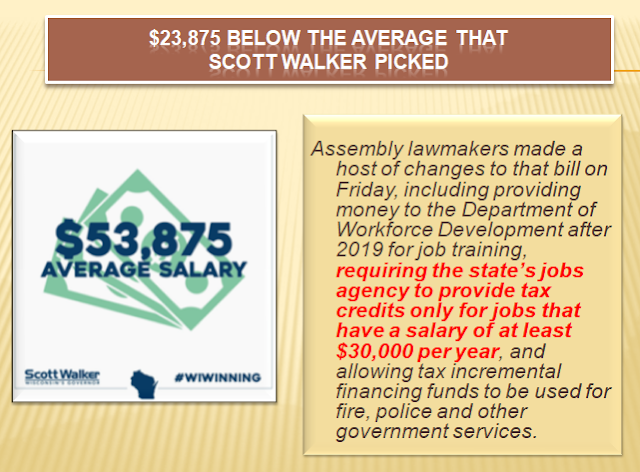 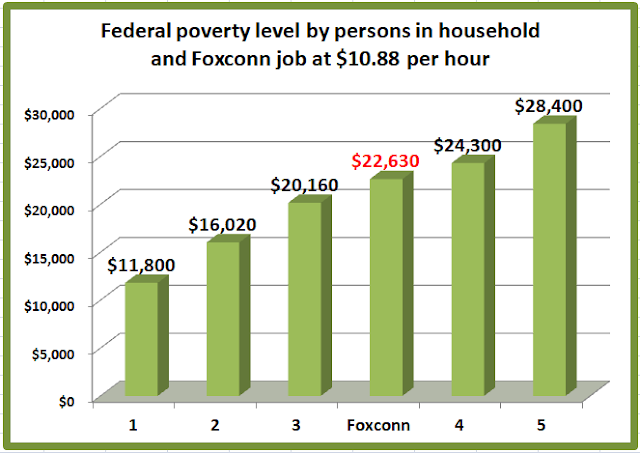 
The deal would give Foxconn up to $1.5 billion of state tax money over 15 years in tax credits to subsidize the creation of new jobs at the facility and up to $1.35 billion in subsidies for the facility itself. The state would pay 17% of the salary of jobs that meet certain standards.

The problem is that the salary standards for the new jobs are exceedingly low. The proposal puts forth two possibilities:

Scott Walker.  Not an acceptable governor. 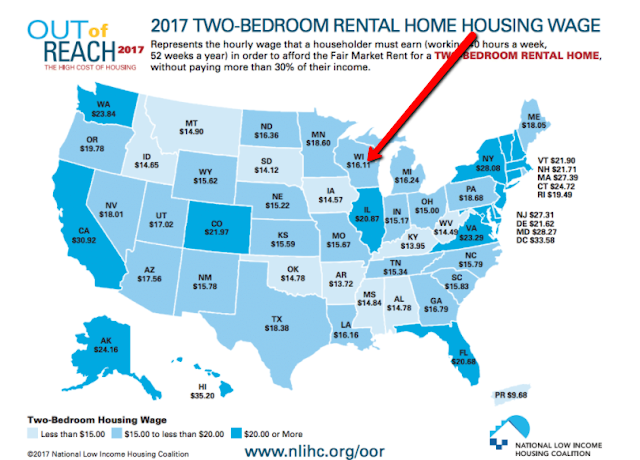