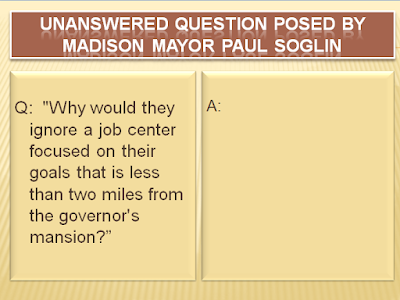 Soglin as quoted in Scott Walker reaching out to Kraft Heinz as loss of jobs is lamented.   (Milwaukee Journal Sentinel, 11/5/2015)

Once again, the Wisconsin media allow Scott Walker to take no responsibility for his (in)actions.

Apparently living on a one-way street, he's content to point a finger at Warren Buffett. 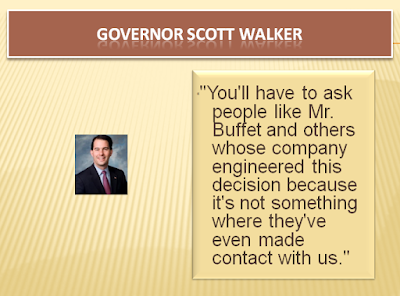 Curiously, the article spells Buffett with both 1 and 2 t's, the latter being the correct spelling.