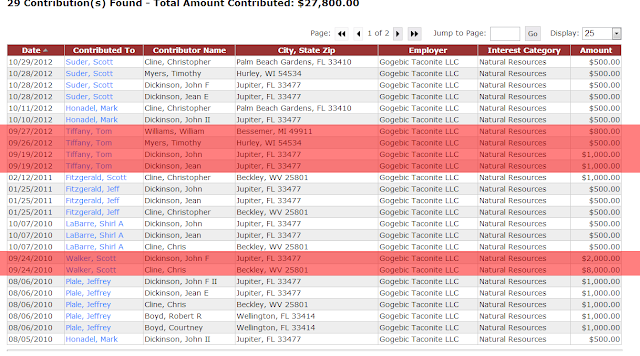 As you might expect, Scott Walker has received the biggest bundle.

But among current legislators in the Assembly and Senate, Tom Tiffany (R-Hazelhurst) leads the pack.

Which is why it should come as no surprise to read these news items.  (Bold highlights added.)

The bill [SB349] by Ballweg and Sen. Tom Tiffany (R-Hazelhurst) would specify that local governments could regulate sand mines by zoning, but not other means.  ("GOP bill would limit local regulation of sand mines" Milwaukee Journal Sentinel, 10/17/2013)