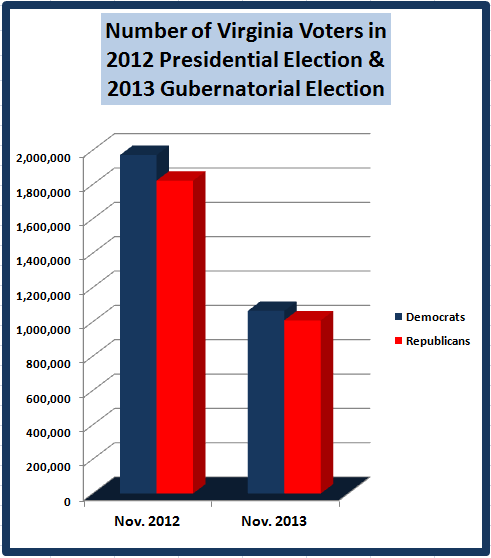 The consensus is that neither party fielded its best candidate for Virginia's 2013 gubernatorial election.  With so many federal workers living in northern Virginia (Loudoun, Fairfax, and Prince William Counties, as well as the "independent" City of Alexandria), Cuccinelli was hurt by his support of the government shutdown and did not succeed in turning the election into a referendum on the Affordable Care Act.

And you can probably make the case -- many observers already have --  that Robert Sarvis, the Libertarian candidate, played the role of spoiler in this election. 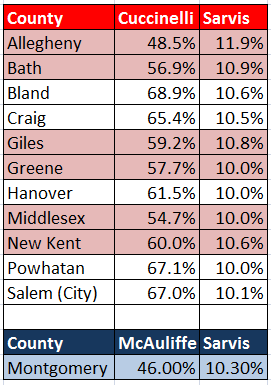 Sarvis did best, gaining more than 10% of the vote, in counties where Cuccinelli easily outpolled McAuliffe. But in a two-man race, would Sarvis's supporters have stayed at home or still gone to the polls?

Perhaps the sentiments expressed here is a good place to start before answering this question.

Sarvis ran strongest in counties in the Valley and Ridge region of west-central Virginia.  (The yellow boxes indicate a percentage of the vote of 8% and more.)  He did poorest in the far western counties, the Appalachian Plateau region that borders Kentucky, as well as the border counties with Tennessee and North Carolina.