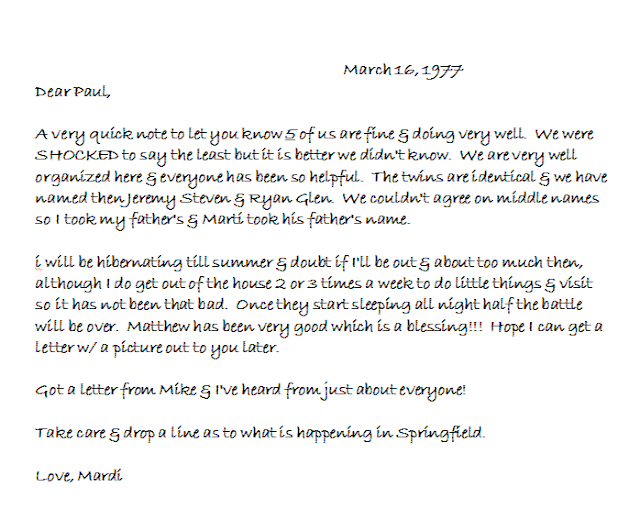 (Who's who and whatnot.  Matthew, Ryan and Jeremy's older brother, was born in 1974.  Marti is Mardi's husband. Their homonym names often resulted in my referring to them by their given names, Martin and Marie.  If Mardi enclosed any photos in her next letter, they are no longer in my possession.  Mike was a mutual friend from high school who was slowly drifting out of our lives.)


Martin and Marie in their 1968 yearbook photos

And yes, that's a single eyebrow you see.