There are no markets on Market Street in Warren, Pennsylvania.  And I don't know if it was the intent to create a business district here when the community was originally platted. The heart of Warren's downtown is located a block west, along the 100 and 200 blocks of Liberty Street, although the economic lifeblood it pumps nowadays is anemic.

The postmark on the message side of the postcard (below) is September 22, 1913. 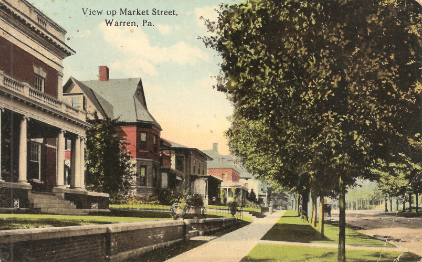 As you can see from the photo below, the Conewango Club at the northwest corner of Market Street and Second Avenue still stands.  The building dates to 1906.

The next three houses along this side of Market Street were razed -- the first one in the late 1970s to make way for an addition to the Warren Public Library; the second one in 1914, which became the site of a new and relocated public library; and the third one in the mid-1950s to construct a 6-story brick apartment building. The house at the corner of Market Street and West Third Avenue escaped the wrecking ball.  Peter Hoffmann, a high school classmate of mine, has for many years used a suite of rooms on the first floor for his dental practice. 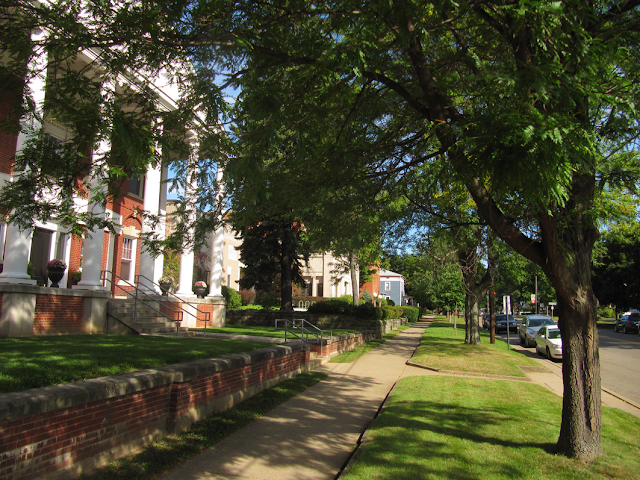