The postcard photo was mostly likely taken in 1966, which is when the new Northwest Savings and Loan Building (at left) opened.  It replaced the Allen Block, a three-story brick commercial structure built in 1871 and razed in 1965, to make way for Northwest's expanded operations.

The 4-story brick building across the street housed Levinson's Department Store, which the opening of the Warren Mall in 1979 effectively put out of business.  It briefly reopened as Janick's, to disastrous results. 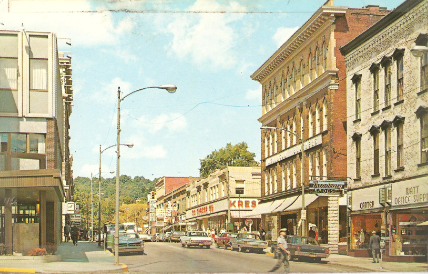 Northwest Savings seems to be taking over downtown Warren.   The former Levinson's building now houses back-office operations, and the building to its right is Northwest's latest multi-million dollar expansion project.  All for the good.  At least someone is investing in Warren.   Otherwise the business district would be a ghost town.  When the Nelson family moved to Warren in 1957, we were greeted by a billboard on U.S. 6 just west of the city limits that proclaimed, "Welcome to Warren, home of 15,000 friendly people". 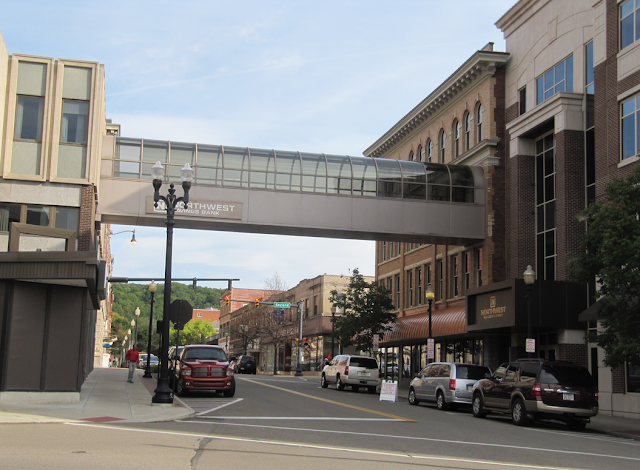