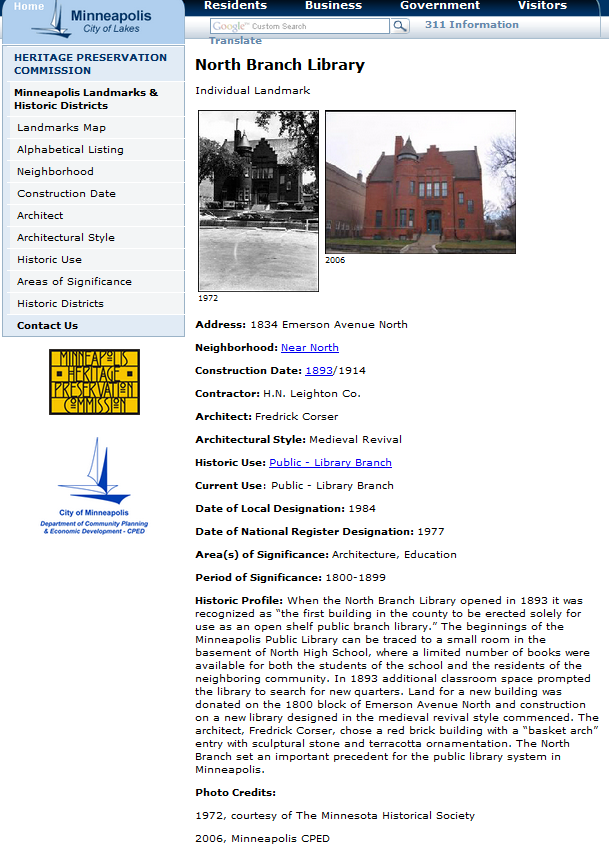 Excerpt: A mischievous Mike Wynne said Sept. 20, “we’re at the noise-making stages” of fundraising to restore the old North Branch Library at 1834 Emerson and renovate it as the Emerge Career and Technology Center. Now that major grants are in place, “residents can contribute by going to the website” (www.emerge-mn.org/vote). “And there will be another announcement on that tomorrow.”

Tuesday’s announcement of a $1.1 million federal grant coincided with Congressman Keith Ellison’s schedule. Ellison resonated with the Obama administration’s current push for jobs. “This building has served before, to give sustenance” through information, especially for immigrants. “And now it will help with another kind of sustenance, to put food on the tables. We’re investing in people,” and that will return to us, he said.

The building, the only one in the West Broadway corridor designated historic, was the state’s first building erected as an open-stacks library.  (It also served as the Minneapolis Public Library's first branch.)
Posted by Retiring Guy at 6:55 AM