A Very Short History of Audiobooks 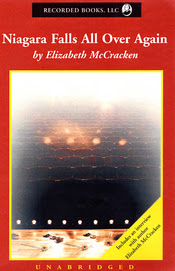 Excerpt: Audiobook Month just wrapped up, a good time to remember that "spoken word" could be found in libraries and schools as far back as the 1930s (the visually impaired and children were the main markets).

But it wasn't until the 1980s that the publishing industry discovered the profit potential of recording and marketing books to the mainstream public and to libraries. Audiobooks first appeared on tape cassettes (now nearly extinct) and then moved to the present-day compact disc.

In recent years, the tech-savvy 18-to-24 crowd has discovering audiobooks via digital downloads - a potential threat to the traditional audiobook industry, though CD audiobooks remain the backbone of the industry, partly because of massive sales to libraries.

An estimated 10,000 audiobook titles appeared last year (compared with 316,480 traditional print titles), and sales totaled about $900 million in 2009, the latest year for which figures are available. Yet a full 95 percent of published books never see the inside of a recording studio.