Going from Bad to Worse in Camden, New Jersey 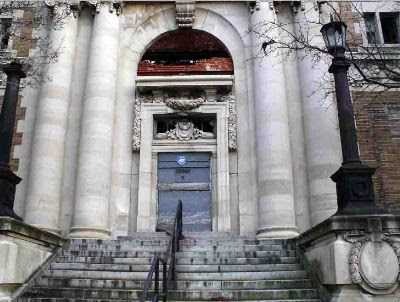 Excerpt: This city closed its dilapidated central library in the 1980s and never provided the money for restoration or demolition. So the landmark building rots on its weed-choked lot, with most of the roof caved in and a large tree growing up through its middle. “It could be a metaphor for the city,” said Jerome Szpila, the city library director.

Camden drew national attention recently, when officials said this city of 79,000 people might become the largest in the country without a public library — a threat that was put on hold, though one of three branches closed. But the distress goes far beyond libraries. Ms. Redd, 42, a former councilwoman and state senator, cut the city’s budget by nearly one-quarter, furloughed workers one day a week and warned that every department would send out pink slips in December.