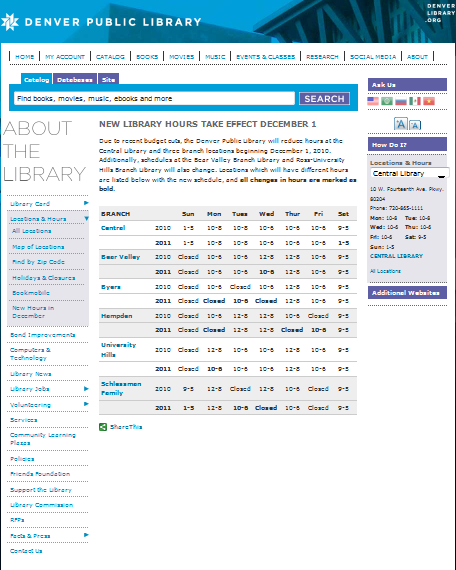 Excerpt:  Budget cuts will soon effect branch hours at Denver Public Libraries. Starting December 1, six of the libraries will reduce the hours they are open. Additionally, money for new books and other media has also been cut as a result of the library's 4.5 percent budget cuts.

Diane Lapierre, Denver Public Library spokeswoman said care was taken as closures were planned to make sure no large areas of the city would be without an open library. "We decided if we had to be closed at one location, there would be another location open in the area," said Lapierre.
Posted by Retiring Guy at 8:16 PM