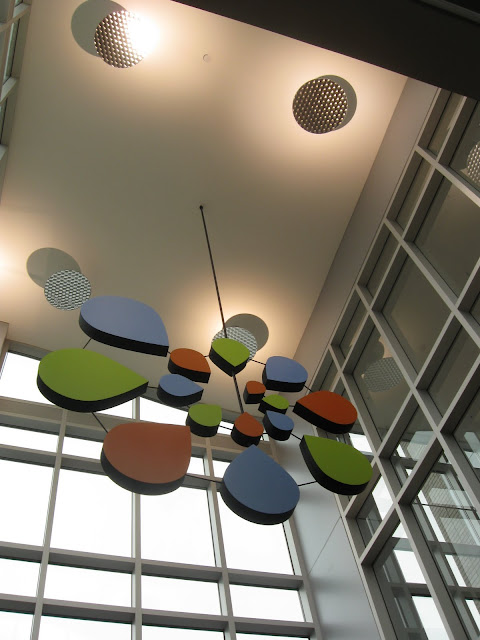 This successful completion of the “Say Hello to the New Beloit Public Library” capital campaign comes approximately one year after the library moved to its current location at 605 Eclipse Blvd.

“The first fundraising call I did was 14 months ago,” said Nancy Forbeck, a fundraising committee member. “That was such a terrible time to be raising money so it really makes the whole success of this something to be thrilled about.”

Forbeck said she and the rest of the fundraising committee are thankful for the tremendous generosity of local businesses, foundations and individuals who made the campaign a success.

The City of Beloit paid $7.7 million for the construction of the new facility, but the $1.5 million went toward the furniture, fixtures and equipment including 46 new computers.

The public library board is now turning to the Beloit community to finish the campaign.
Posted by Retiring Guy at 6:52 AM