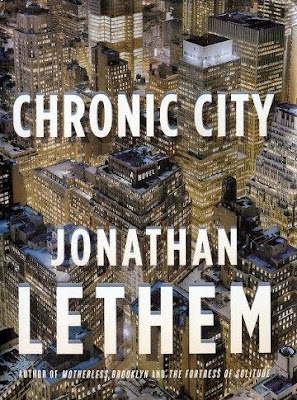 Excerpt: Jonathan Lethem's extraordinary new novel Chronic City tells the story of Chase Insteadman, a washed up, grown up child actor living off his sitcom residuals in wealthy, Upper East Side New York. Chase is caught between two improbabilities: his fiancee, a dying astronaut stranded on a space-station walled off from Earth by a Chinese orbital minefield, from which vantage she commands daily headlines; and Perkus Tooth, a media-obsessed Philip-K-Dickian ex-rock-critic who lives in a weed-smoke- filled cave of a rent- controlled apartment from which he obsessively watches obscure movies and reads obscure books.
Posted by Retiring Guy at 7:54 PM