Carnegie Library of Pittsburgh Gets a Reaction 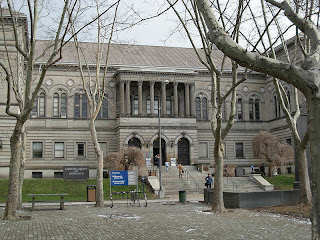 Excerpt: Residents and politicians alike decried the announced cuts yesterday by the Carnegie Library of Pittsburgh, which will close five branches, move others and trim hours in the face of a spiraling deficit.

Mayor Luke Ravenstahl called for an independent audit of the library budget by the Regional Assets District board "so that we know how the money is being spent. A lot of people don't know what's happening at the library.

"The library was the only place where RAD didn't make any cuts," he said, referring to the district's preliminary budget that provides the library with the same $17.6 million it received this year.

"We have nothing to hide," said Barbara Mistick, library director and president. "RAD requires an audit from everybody and we've complied with every requirement."

Although library officials have threatened dire measures for months, residents and city leaders were stunned by the news.