Donors to the Rescue of Amherst's Jones Library 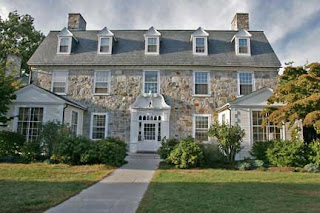 Link to October 7 Springfield (MA) Republican article, "Jones Library in Amherst to reopen on Friday afternoons thanks to donations from supporters".

Excerpt: While libraries all over the region have had to cut budgets, hours and staff, the Jones Library, thanks to the kindness of strangers and donations from library lovers, will reopen on Friday afternoons.

An anonymous donor late this summer offered a $3,000 donation if the library could raise an equal amount of money. Another anonymous donor offered $1,000 more, said Patricia G. Holland, president of the Jones Library Board of Trustees.

With more than $5,000 raised at a barbecue this past weekend at the Sunderland Road bar, the Harp, the Jones collected enough money to open every Friday afternoon from now until the end of the year.

Other libraries are not so fortunate.

The Westfield Athenaeum will be closed on some Mondays through the end of the year. In Springfield, each branch library is open 18 hours a week, compared to 24 a year ago. The hours at the Central Library were cut from 57 to 45 hours a week.
Posted by Retiring Guy at 7:40 PM