Digging Into the Past 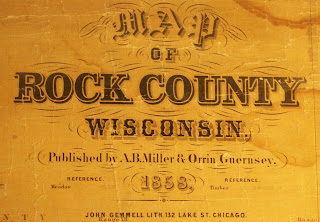 Excerpt: When four Los Angeles private detectives contacted the Rock County Archives & Research Center, archives manager Ruth Anderson knew there had to be a sizable estate involved.
"We had to locate a daughter of a daughter of a daughter of an ancestor who came to Beloit early on," Anderson said.
Two research center volunteers in January traced the family history through various indexes, including obituaries.
"Because we had indexed marriage license applications for Rock County from 1918-88, we were able to get information off one application to identify the current generation and with a couple phone calls she was found in Texas," Anderson said.
Adrenaline fueled the "chase" that Rock County Historical Society Volunteer Coordinator Tina Love likened to a treasure hunt.
It's one example of many requests to the archives and research center. In 2008, nine center volunteers donated nearly 3,000 hours researching requests from walk-ins, phone calls, e-mails, letters and appointments.
Posted by Retiring Guy at 7:36 AM