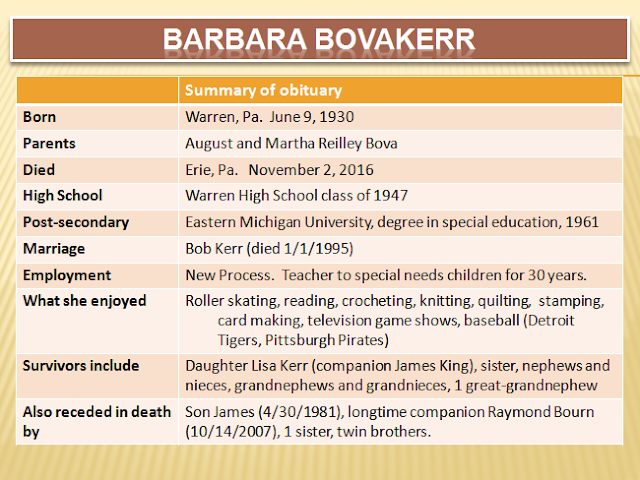 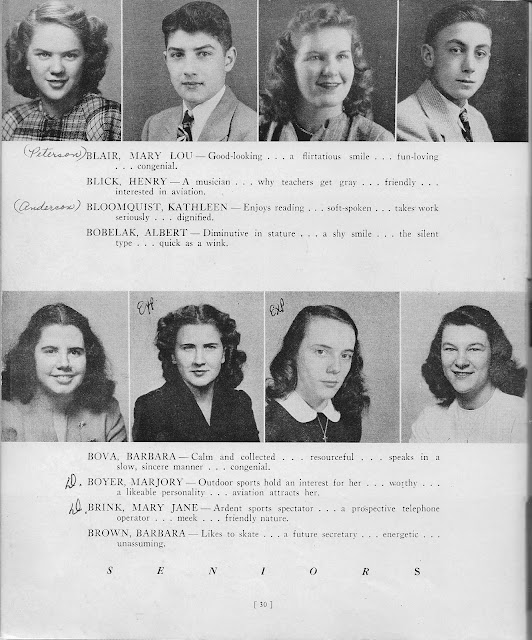 
1983 Warren City Directory
Peter and Joan lived 3 blocks east of Beech Street, on Warren's west side, where the majority of Italians lived.

The popularity of 'Barbara' as a baby name  is graphed here.  Time to take a look at Barbara's mom. 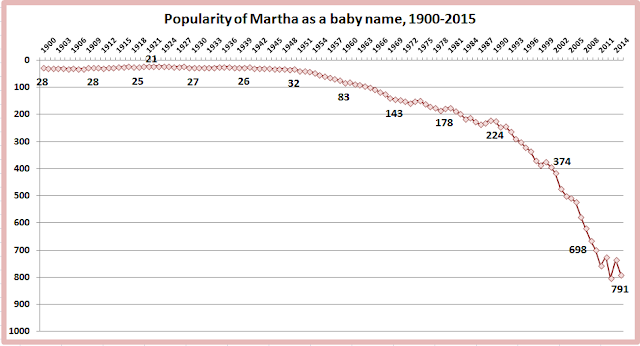 'Martha' was steady as she goes during the 1st half of the 20th century.  It wasn't until the start of a new millennium when she seriously started to lose favor.

But she had the Beatles on her side.