Voters clearly weren't paying attention to this race.  (Adamczyk was the top finisher among 5 candidates.) 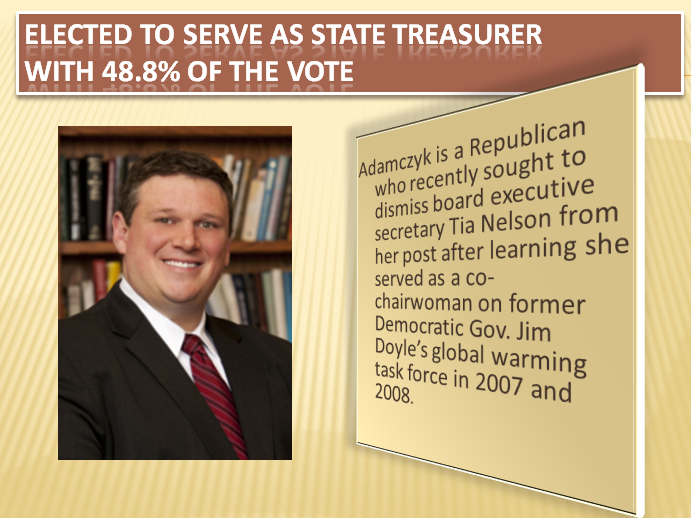 Adamczyk announced as an Assembly candidate in 2012 but couldn't get his name on the ballot.